Couple of years back when I used to blog at Rediff I had talked about how oil prices are going to shoot up (At that time I thought it would be around 80 $) and how India is going to have an issue of inflation at hand. And that the RBI would have to shift focus from a pure growth driven agenda to something more akin to inflation targeting. Though I had blogged about it, I never really thought things would turn up so rapidly within couple of years. Read here what one of my most illustrious alumni and one time chief economist of IMF & his committee advises.
Again, end of last year I had talked here about how the large I Banks are sitting on instruments whose risk is increasingly becoming difficult to predict, hedge or price. Within a year now, read here about both Citi and MS reporting some of the biggest quarterly losses in their history. (For MS the first of its kind!!)
This is not to say Im an economics Nostradamus. Just that somethings do come true (Id have predicted 100 things out of which 2 would have come true, so let me focus on those 2!! - the typical black swan problem / astrologers luck)
Maybe I should start predicting happy endings !! Like I would end up being a Lok Sabha MP in 10 years. (The highest paying job probably in India). I was just thinking after yesterday's tamasha, as to how much I would take to cross vote !!..Def 25 crore is huge money. I might take 3 crore for abstaining. How many of us are ethical enough /unselfish enough to say we would not take that kinda money ?....Is my character strong enough to say no to 3 crore rupees for not doing anything ?..If it is not, what has failed ?...Education ?..Value systems ?..Upbringing ?!!...Tough questions !
Posted by Suhas Anand at 11:37 PM No comments: 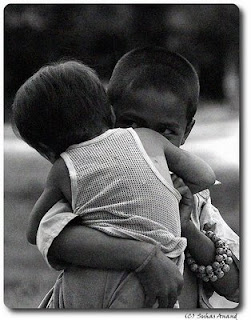 A heady admixture of Budhism and Hinduism, Angkor is as exotic as exotic could get. When words fail, I let images that I create talk. But I don't think even they can do justice to the essence of Angkor or Siem Reap where it is situated.

It is religious. It has history. It has the shadow of Khmer Rouge bombings. It has land mine blasted limbs. It has ten dollar full body massages. It has budhist monks advocating the middle path. It has buxom Cambodian babe stroking the penis of a western tourist at a roadside hotel lobby. It has the temples. It has the roots of Ta Phrom. Eternity of Angkor Wat. Smile of Budha at Bayon. Innocence dancing in the eyes of the kids selling Dollaaar One bangles. It has culture.
And it has an extremely friendly people. People who have saved their beautiful outlook towards life even after all that Khmer Rouge did, even after all that blood spillage, all those limbs lost to mines, all those kids with machine guns shooting childhood dead, people running around holding their intestines from falling apart, eyes gouged, smiles vacuumed.

Still like the Budha Smile of Bayon, Cambodia lives on. 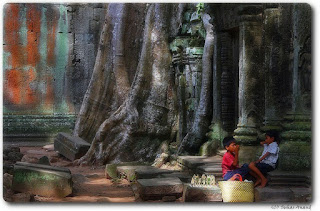 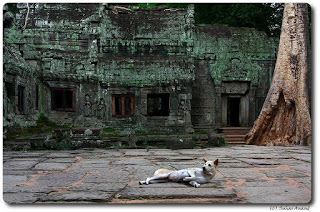 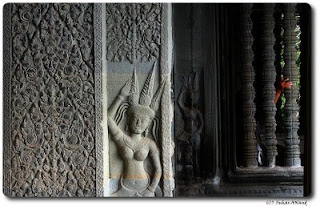 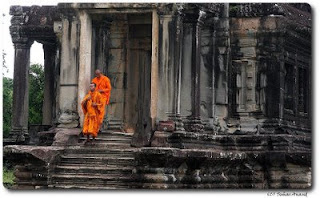 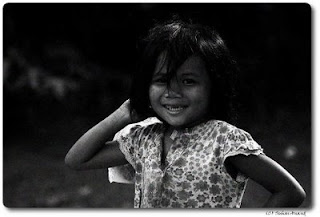 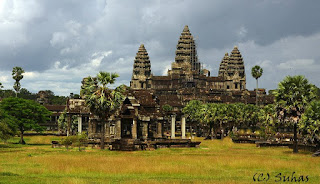 Im at Cambodian city of Siem Reip. I have been wanting to shoot Angkor during monsoon months for ages since I set my eyes on Steve's Cambodian shots. The brilliance of Steve is one of the major reasons for my first trip to Cambodia on my Birthday weekend.
The art and architecture and mood of the place is amazing. Unfortunately I don't know if Ive done justice to this masterpiece in my work.
Will share in the days to come as I process the photos. 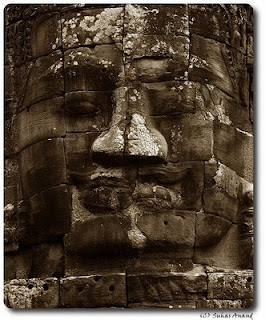 Posted by Suhas Anand at 5:43 PM No comments: