I have had many friends from Scandinavia and I have always found them to be amazing people. So deciding to go to Sweden and Norway was easy (Well to be honest, Sweden was more because of the chance to see the mighty brown bears in its natural habitat !!)

The itinerary that we planned on was pretty basic - with the help of trip-advisor and friends, we kind of decided the things that we wanted to see. Idea was to fly into Stockholm from Dubai and fly out of Oslo back to Dubai. We wanted to take the Oslo Bergen train given its regarded by many as one of the most awesome train route to travel in. I wanted to see Brown Bears in Sweden.

In this first part, I look back at the time at Sweden. Essentially we spent 4 days in Stockholm before taking a train to Bollnas villas at the border of the taiga forests. As Sandhya and Aarav rested in a nice hotel in the village, I went on a guided trek into the amazing coniferous forest in search of European Brown Bear.

In Stockholm, we did all the things tourists are supposed to do.

Gamla Stan : Its the old town part of Stockholm with amazingly cute housing with narrow winding roads where you can get lost. It is quite romantic in some ways. And you can also get some nice shots over the waters. 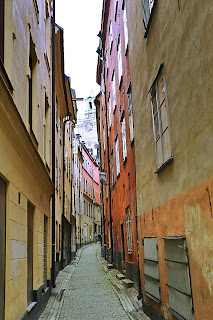 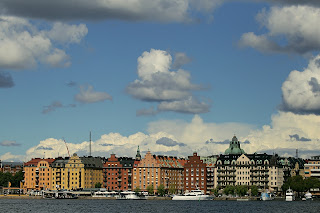 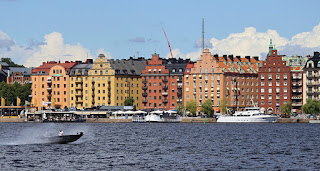 Stockholm palace : Situated in Gamla stan, the palace is something which you cannot miss even from the new town side. It is massive but not the kind of architecture that I truly love. It kind of looked nice but I'd any day prefer the quaint old buildings. 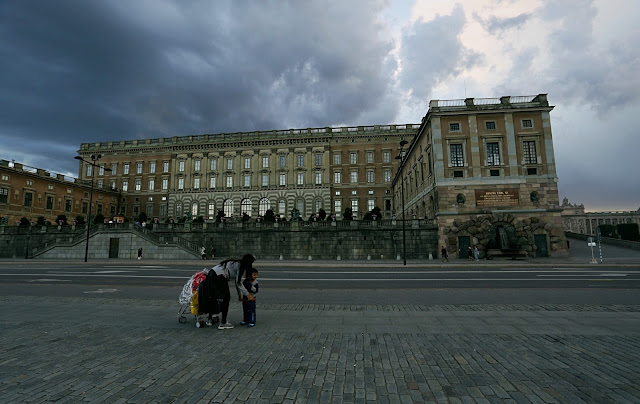 I liked it a bit more than the palace and from some angles it does look an interesting building. 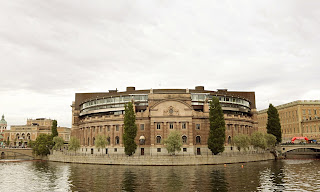 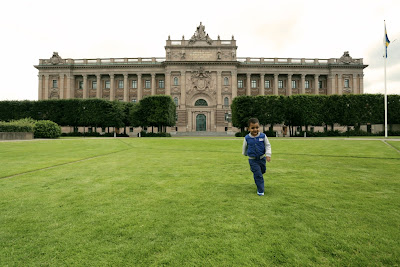 One can take a boat from city hall to this amazing palace which I'd classify as a must visit. Even the boat ride itself is quite a nice way to spend a lazy summer day. 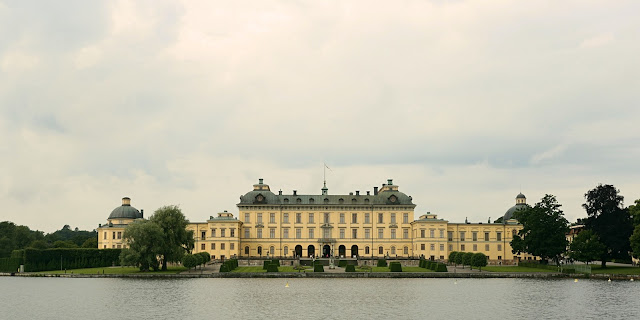 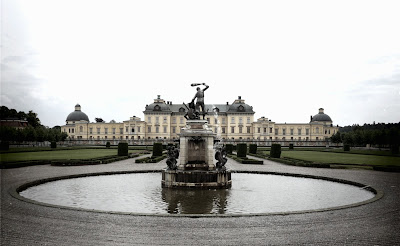 One of the more photographic buildings in Stockholm, it overlooks the bay. Pretty close to everything from boat loading area to central station to the hotel we were staying. So we went there more than once. This is also where the Nobel banquet happens in December every year. 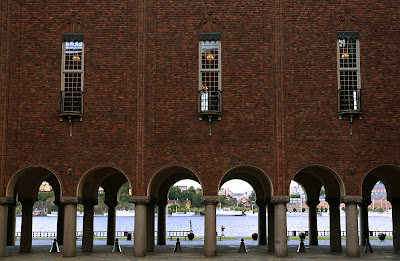 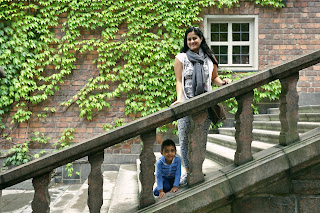 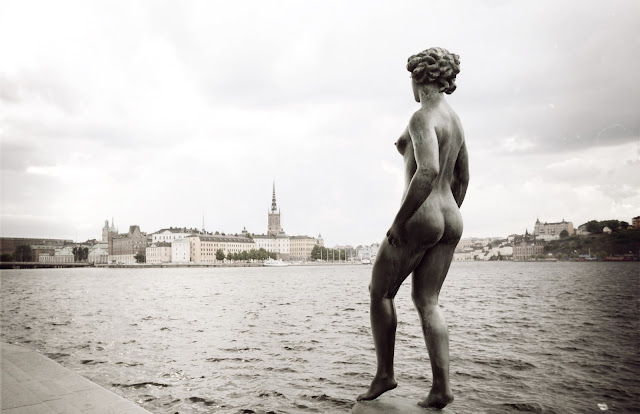 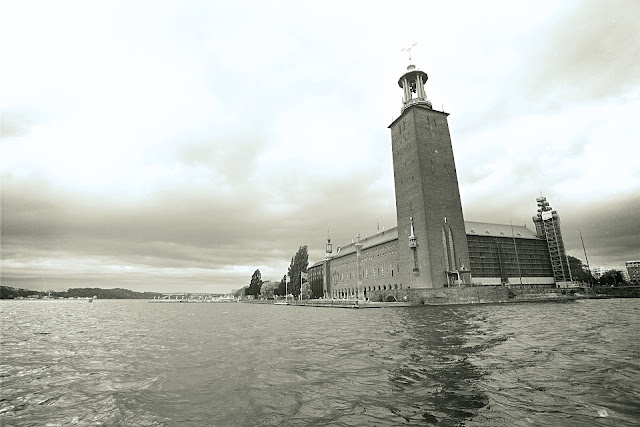 Located in Mariefred, a picturesque town on lake Malaren, this is indeed a good boat ride away. Its quite a long boat ride but if one is armed with some nice Swedish brew which the boat stocks up. It could get pretty windy and cool even in summer so having some warm cloths if you are sitting outside is advised. 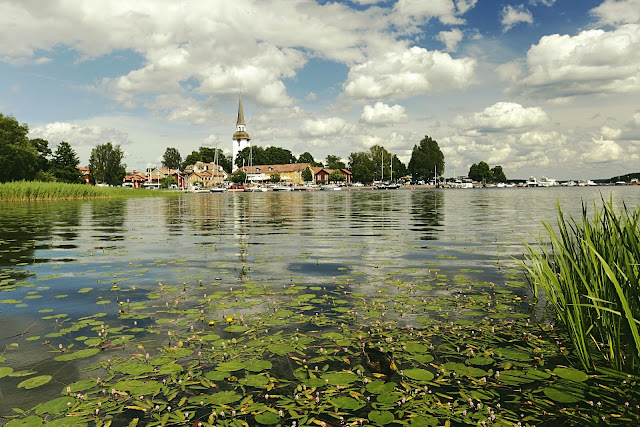 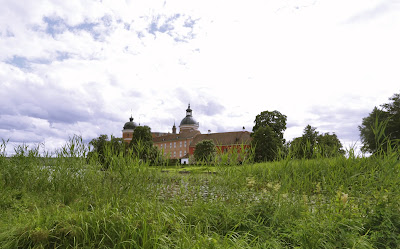 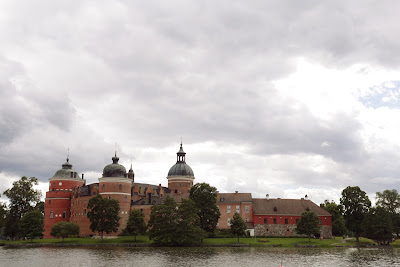 Personally for me a huge highlight was the Photography museum where I saw Nick Brandt's Inheriting the dust project. Of course Nick was marvellous as usual. We also went to Djurgarden where we walked around a lot and enjoyed the trees and the greenery as we ended our time in this nice city. Not my favourite by any yardstick but not too boring either. 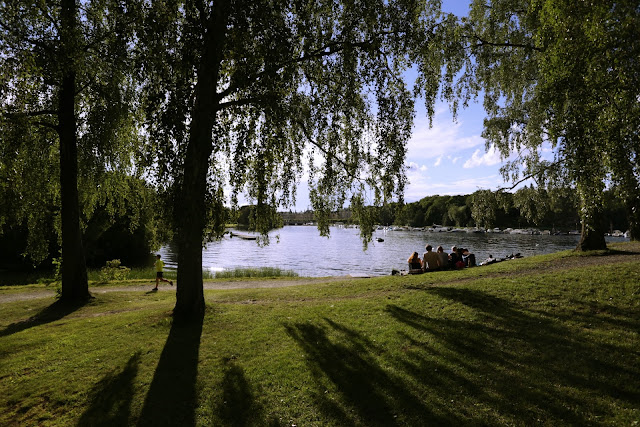 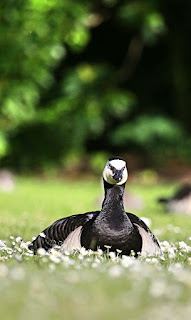 We left Stockholm and took a train from the central station to Bollnas. We checked into a hotel in the village centre, had some nice lunch from a nearby cafe. Sandy and Aarav would be alone for the rest of the day and the next day since I was trekking into the coniferous taiga forests in search of its magnificent beast - the brown bear.

I had booked with Wild Sweden at Hakan Vargas's amazing forest lodge - Vargas Wilderness lodge. In line with all reviews, Hakan and Eva  were amazing hosts. After debrief (first in Swedish since I was the lone English speaker) and then privately for me in English. We had some nice lunch and lot of amazing coffee before we started our short silent trek into the forest. We reached hide in about half an hour of pretty easy trek. And the wait started for the predator to come ! 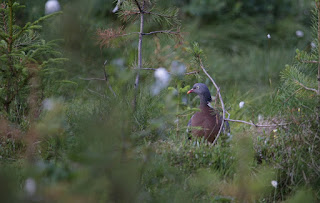 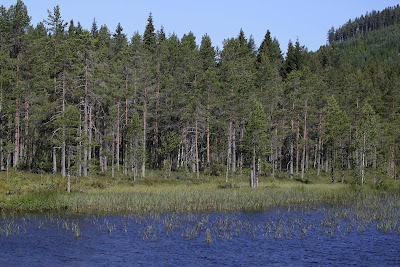 After waiting for many hours in absolute silence, late in the night, as the midnight approached we could faintly see a form rushing through the forest towards us. With bated breath we saw a largish male brown bear. It would flit in and out of undergrowth and hence in the middle of night the photography was pretty difficult. 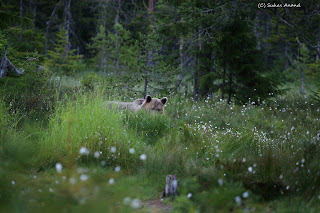 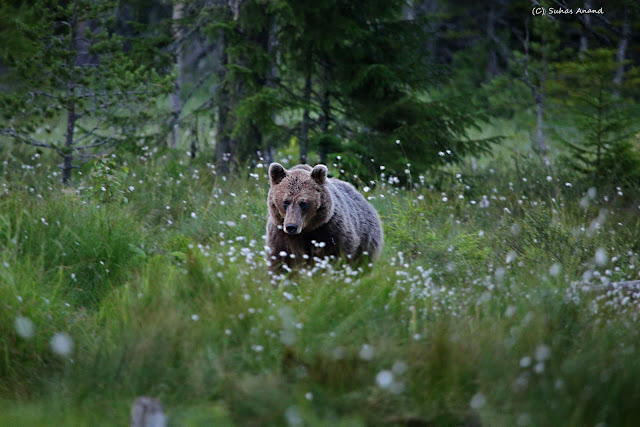 Pics did not come out too good since I shot at pretty low speeds. In hindsight, I should have taken my 300 2.8 prime and also pushed up the ISO what with the 6 D performing admirably well in high ISO scenarios. Anyways, I had seen my first brown bear and that would suffice !

Thus ended a memorable week in lovely Sweden ! High point for me indeed was the brown bear experience ! Something for which I won't mind coming back !

Posted by Suhas Anand at 9:55 AM No comments: