Trekked to Malshej ghats during the weekend. Though just trekking is not something that really perks me up, I'm always game for monsoon treks. Thankfully wifey could persuade me to go along with her for this trek. And boy, I'm glad I did. Though neither of us took our normal photography gear for fear of getting wet and carrying through some tough trek, we did put a sony cybershot in our jacket pockets - just in case. That turned out to be a boon.
Malshej is a monsoon heaven. Around 150 km from Mumbai its generally not as crowded as much hyped Lonavala (Which cannot even be remotely compared with the beauty and serenity of Malshej)
You have to avoid the easy trek routes and roadside waterfalls where legions of families will be taking bath, washing cloths (!!!) and rowdy youths drinking their Smirnoffs and Teachers, stripping to ugly underwear and dancing as if they are indeed sex-changed Lopez from Shall We Dance. We had to create our own trek route and at some stages did think of returning back due to increasing difficulties and slippery rocks without too many holds. 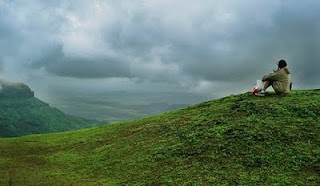 From photography POV, made two images with which I have started my monsoon collection. Its a major down in plans since I was planning to take a month break from work to follow the SW monsoon through Konkan, Agumbe, Valparai etc ending in Kerala !! Alasss best laid plans of men!! 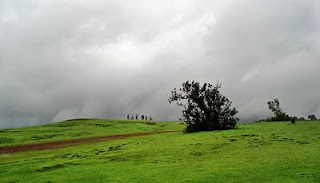 Some of our recent research is throwing up striking parallels between natural disasters like forest fires, earthquakes etc and "manmade"crisis like the economic crisis, bankruptcies of large corporates, variance of industrial output for large countries etc. These are all falling into a "power curve" something that statisticians and mathematicians have been using a lot in studying complex systems.
One symptom of such a system’s behavior is that the frequency and magnitude of outcomes can be described by a mathematical relationship called a “power law,” characterized by a short “head” of frequently occurring small events, dropping off to a long “tail” of increasingly rare but much larger ones. The latter was dealt in lucid details by folks like Nicholas Taleb in his much famous Blackswan books.
For most of us who have looked at / studied bell curves and always intuitively think of a spread as bell curve, this is quite fascinating. Quite simply, the implications is that extremely large outcomes (Call them black swans if you are a Taleb fan like me!) are more likely than in a normal bell curve.
One self serving thought I had the curve charecteristics were that for PG courses like in IIMs we should use power curve rather than bell curve for relative grading ! Even one of those IIT M quant jockeys can srew-up the grading for the rest of us in a quant paper if using a bell curve rather than a power curve for RGing ;) Hehehe. Sometimes I think Ive still not grown out of the ultra competitive kid ;)
Posted by Suhas Anand at 11:33 PM 1 comment: