Had the chance to quickly cover Munich last week before the hard winter sets in. Was there on work and took the opportunity to walk around to see what the city has on offer for couple of days.

Was staying at the Charles Hotel across the park surrounding the Botanical gardens in Sophianstrasse. As my room was not ready post the long DXB-MUN flight, I thought of taking a run/quick walk in the park to beat the jet lag. With the temperature hovering around the 5 degs mark, it was still quite pleasant to be outdoors. And with the fall colors still abounding amongst the trees, it was worth the early morning walk. I also caught the big red circle which some have called an occult symbol in Munich. 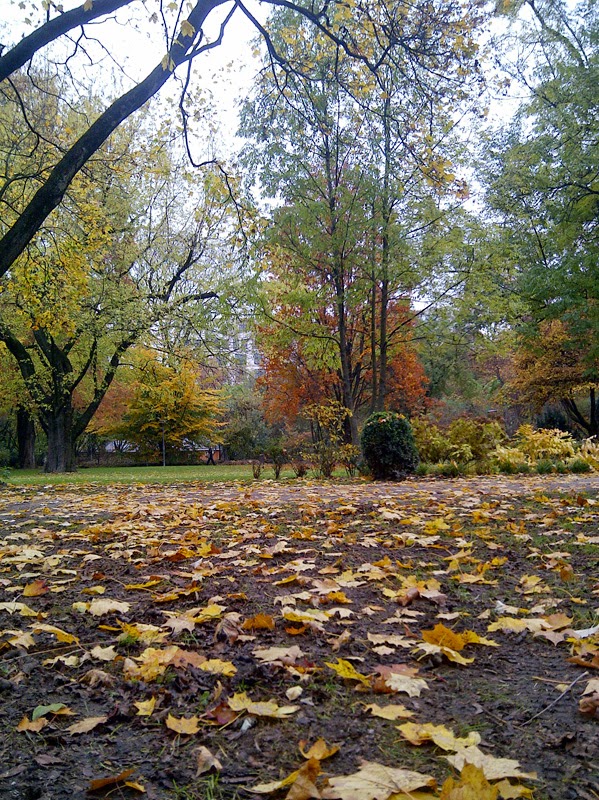 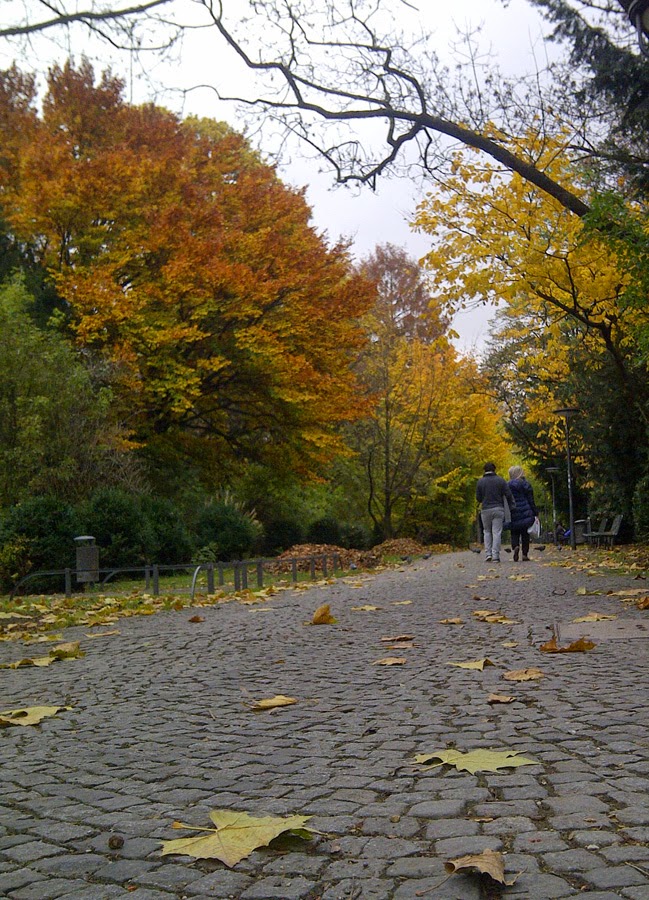 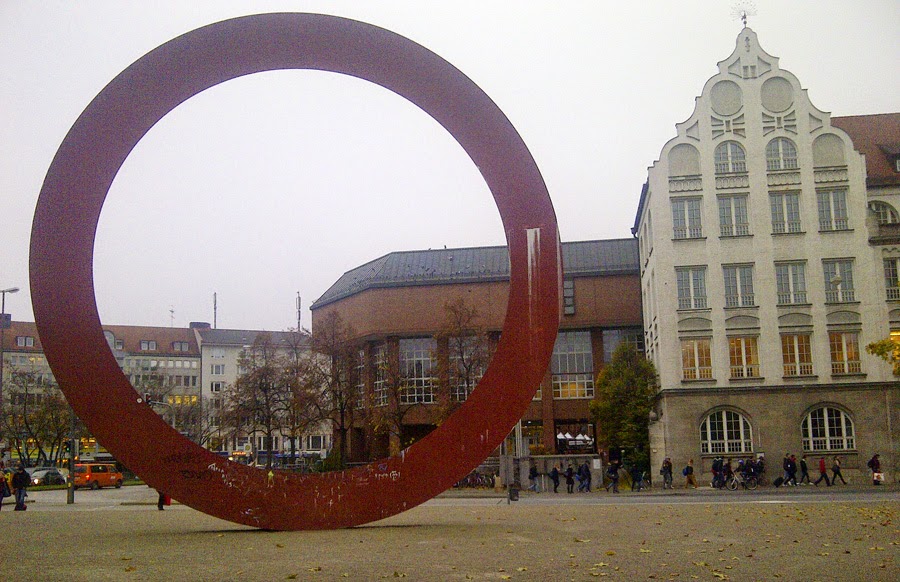 A trip to Munich should definitely cover the Marianplatz - the square of Mary. It is the centre of the old town and has many architectural wonders including the new town hall, old townhall, multiple shopping centres and lovely beer houses. You can order your Tegernsee or any other amazingly tasty Bavarian beers and enjoy the world pass by.
You can also enjoy the intricate facades of the new town house (Neues Rathouse) with the long Mary's column reminiscent of some of these in Rome. 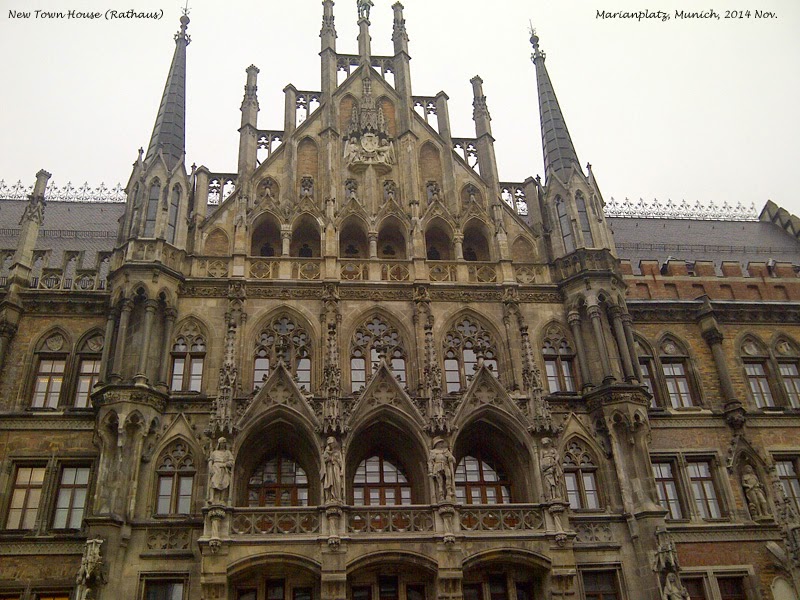 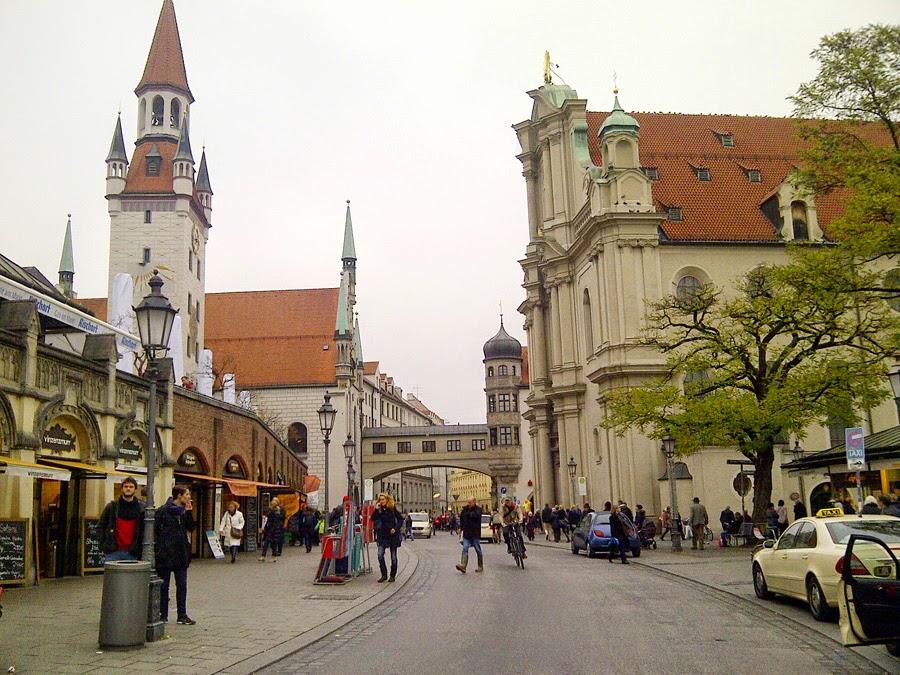 Nearby, one can also visit the Old Townhouse which was destroyed by fire and then again by WWII. 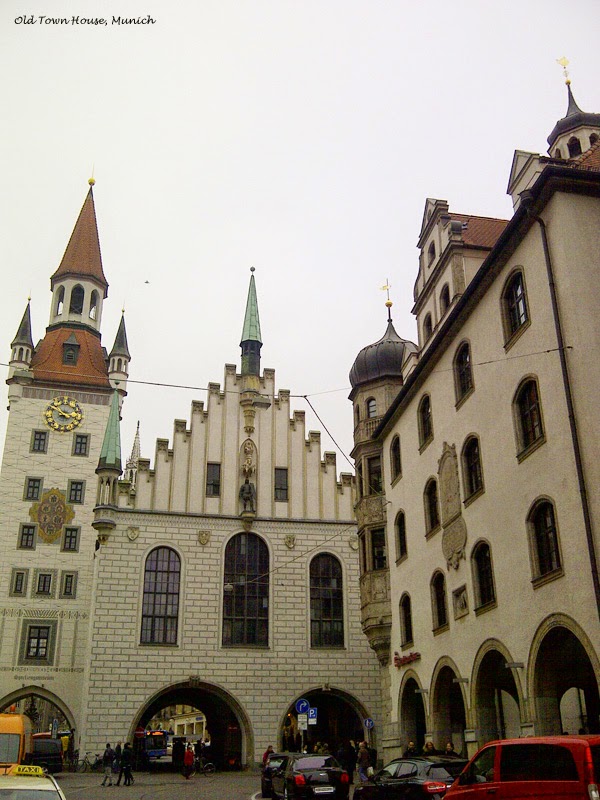 One can take a tram or enjoy a lovely walk along the Isar river which cuts right across the city and dances its way through the English garden (equivalent to Munichs central park). Some courageous were still fishing in the ice cold river so late into the fall. The receding waterline formed interesting patterns and texture that made me wish I had taken a proper camera instead of by BB to shoot Munich. 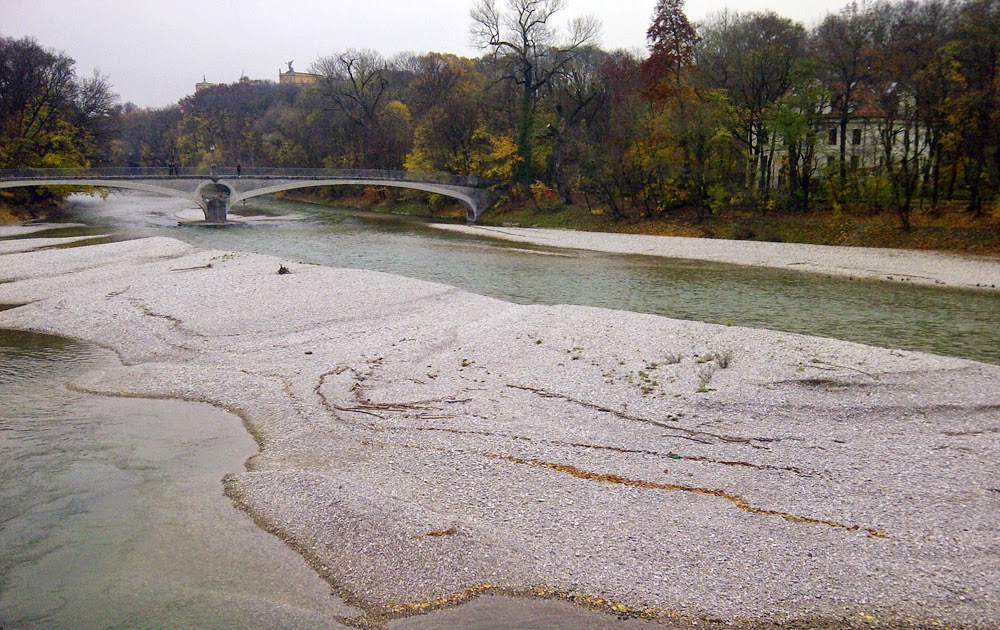 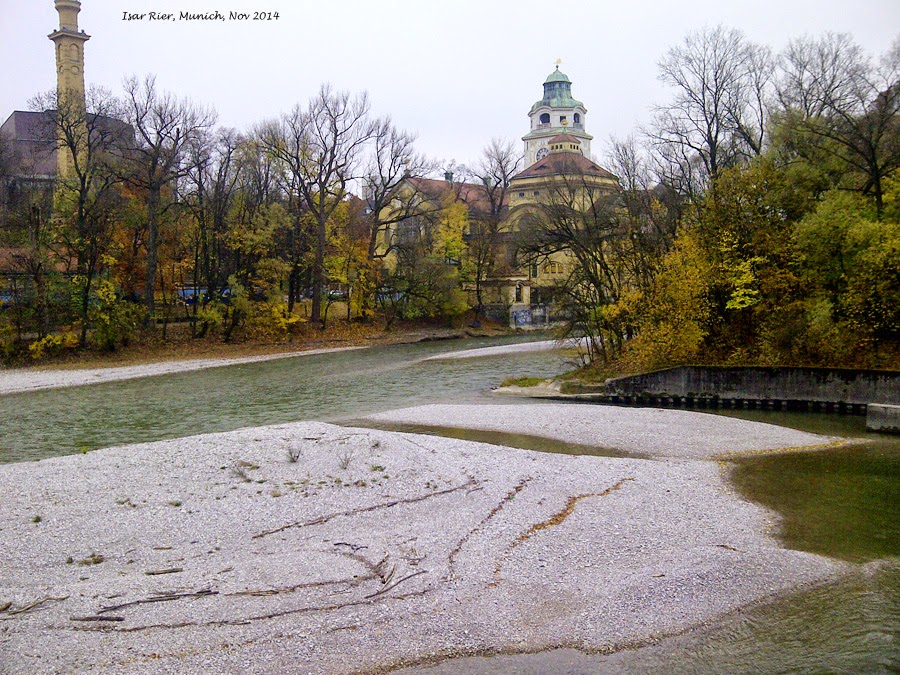 There are so many other marvellous structures to see and shoot if one can spend a week in Munich. 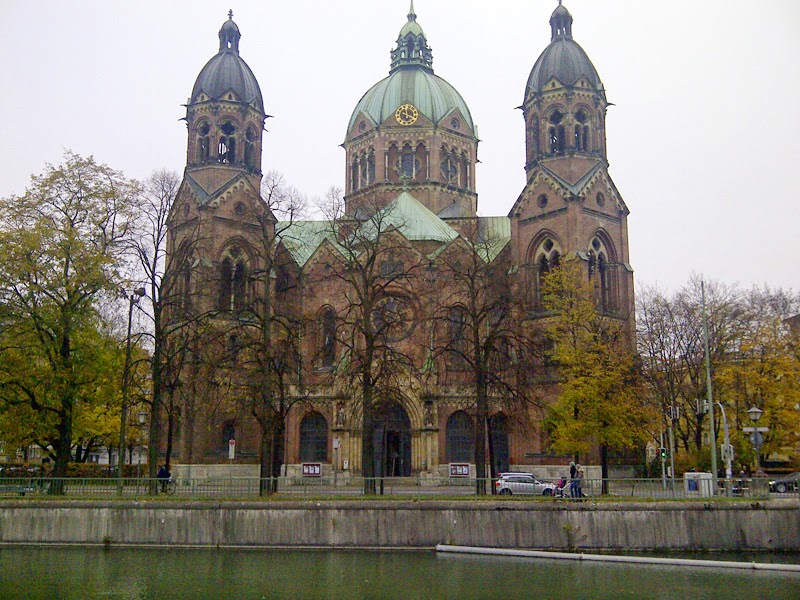 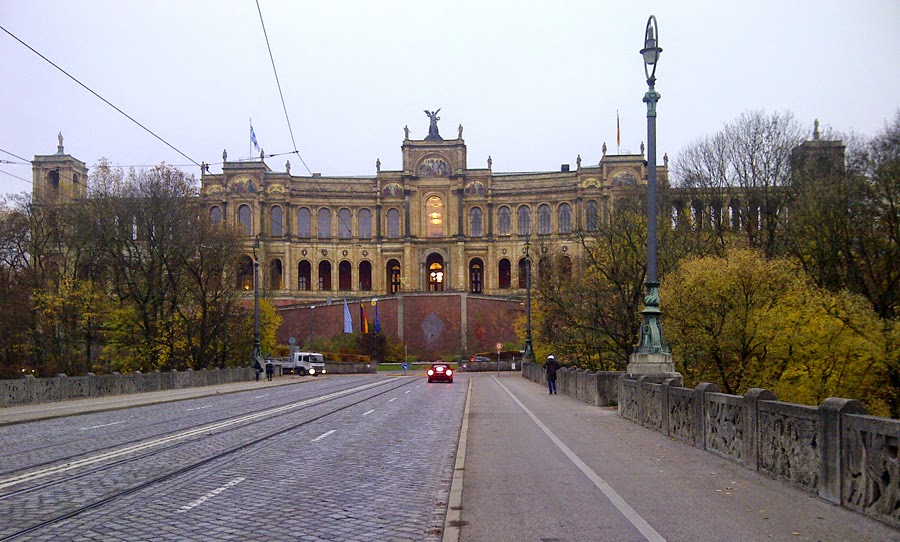 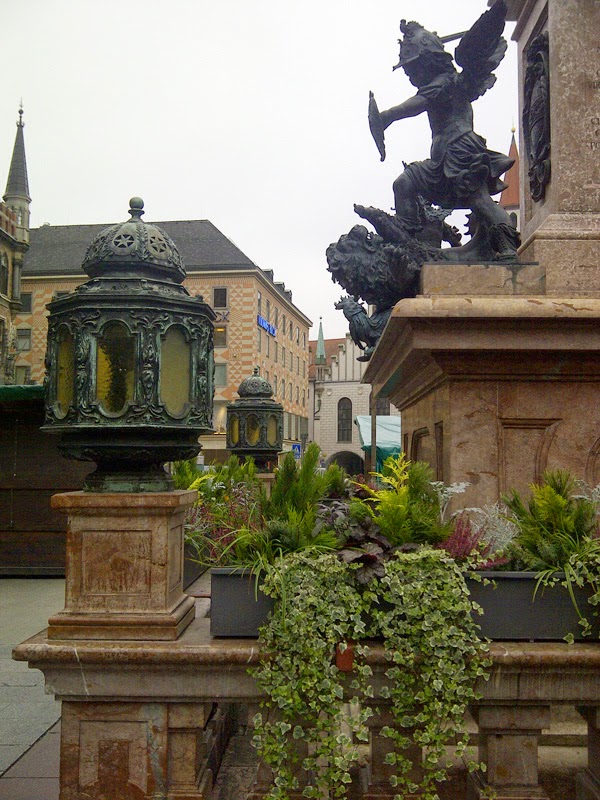 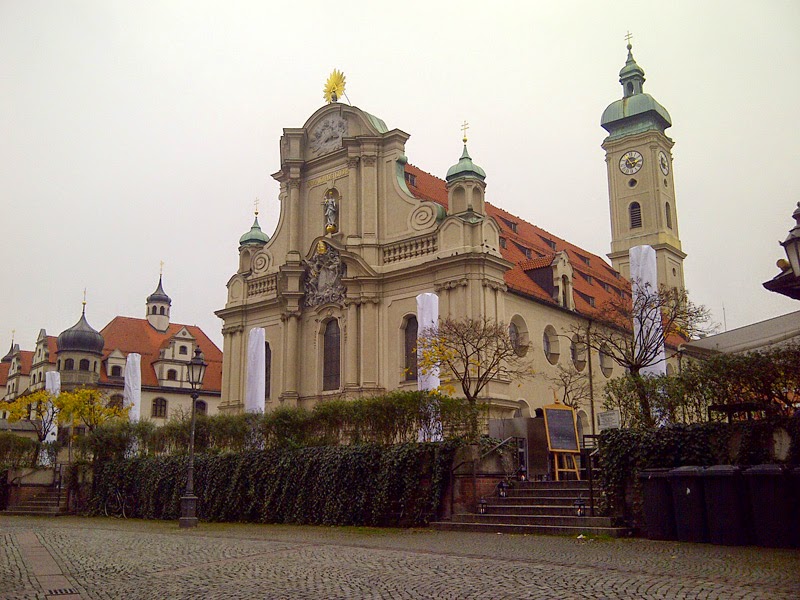 Though locals would advise you to avoid the touristy Hofbrauhaus, I could not. It was here an up and coming leader of National Socialist German workers party laid out an ambitious 25 point program in a cold February of probably 1920 (or 21?). Little would have people guessed that winter day in the second floor of this beer hall what disasters the Fuhrer and the Third Reich would wreak upon themselves and the world. What ever be the sinister darkness history casts upon these wooden benches, I can't fault their Hofbrau dark beer (the full 1 L of it) and the pretzels. (Local friends of mine did warn me about the over prices average brew ;) 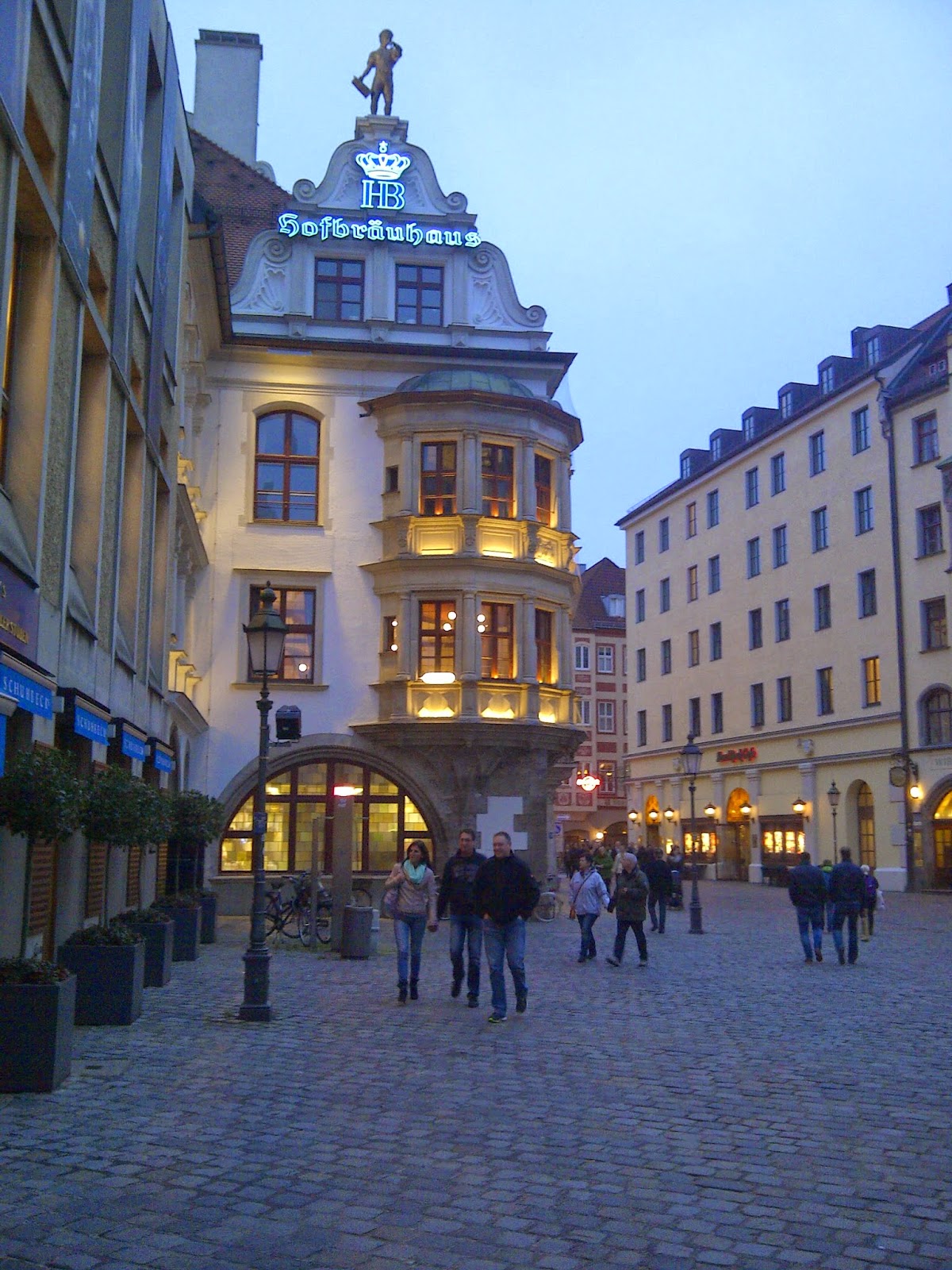 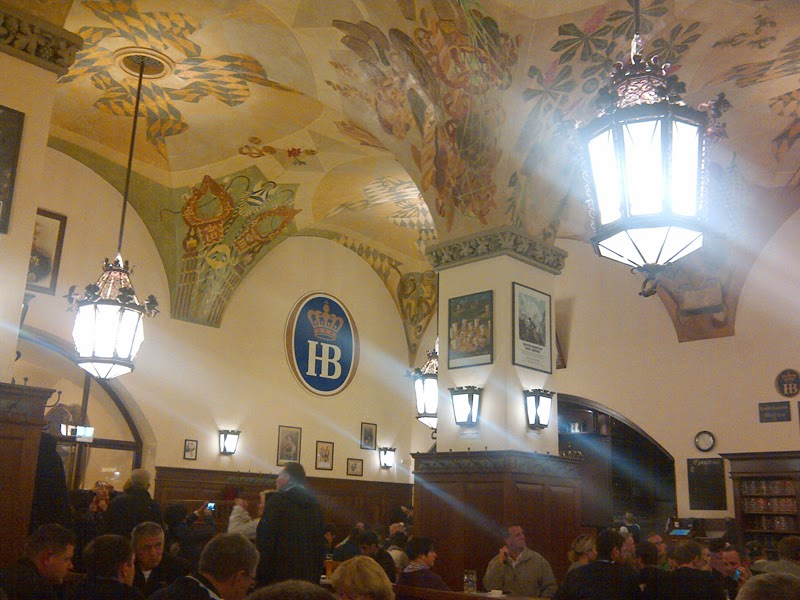 Posted by Suhas Anand at 1:53 AM No comments: 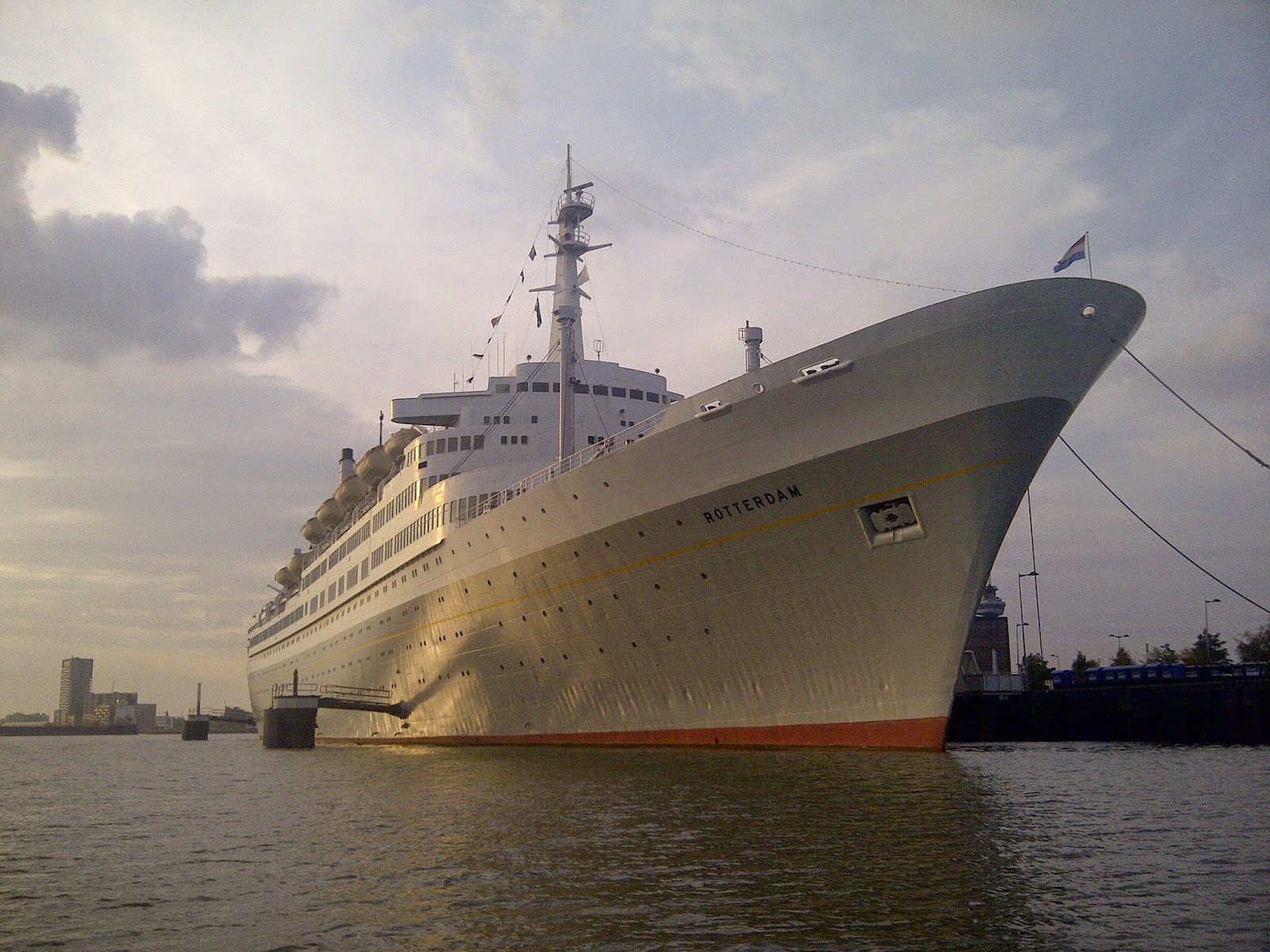 Got an opportunity to go and spend few days in Rotterdam before the winter starts to set in. For a change, stayed in SS Rotterdam, a ship which is now forever anchored close to the city and functions as a hotel, albeit an interesting one decked up like a fully functioning liner. You can read more about it here

Also took a speedboat ride at reasonable fast pace down the channels taking a full view of the Rotterdam port city, one of the biggest ports in the world (largest in EU). It is also the second biggest city in Netherlands and is known as the gateway to Europe given its air, water, land and rail connections into the European mainland given it strategic location of on the Rhine delta.
Architecture is a mix of old world Holland and post modern Houston. For some reason the more modern areas of Rotterdam reminded me distinctly of Houston, TX in far away US. (not quite sure if its complementary!) 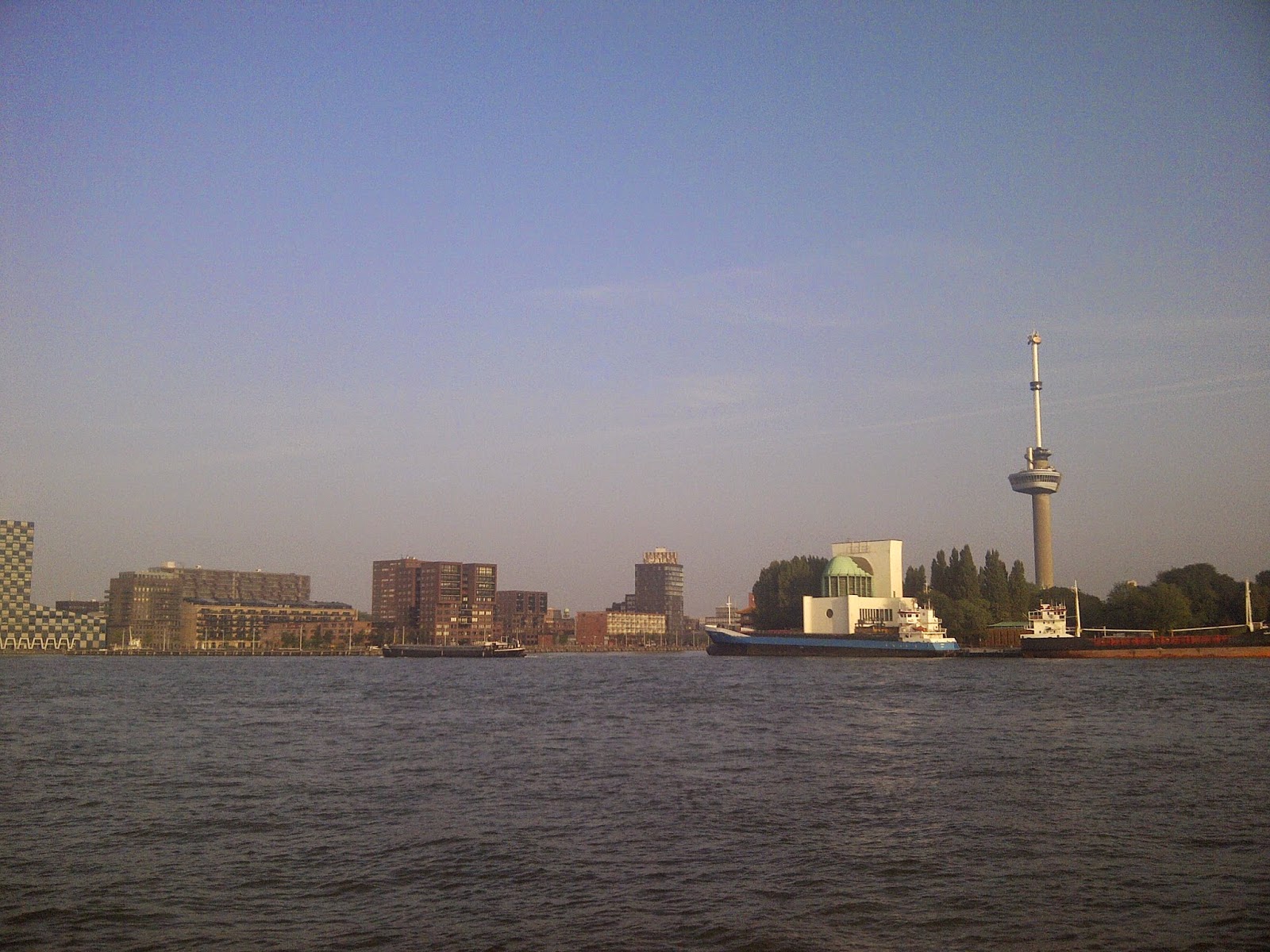 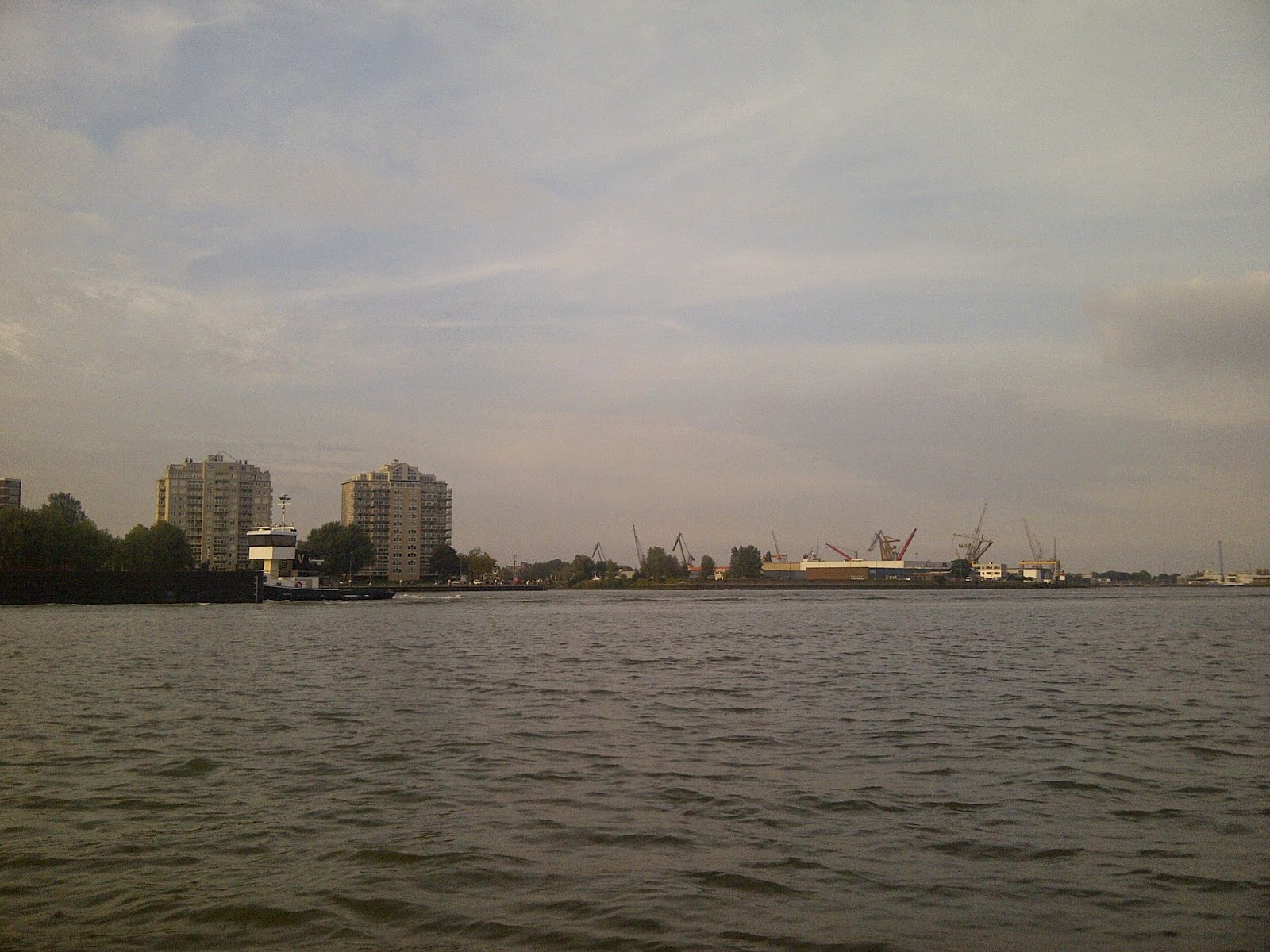 SS Rotterdam itself was a nice break from the usual hotels - multiple decks, swimming pool overlooking the channel, rooms which are indeed cabins - all reminding me of my previous life as an offshore oil & gas engineer. 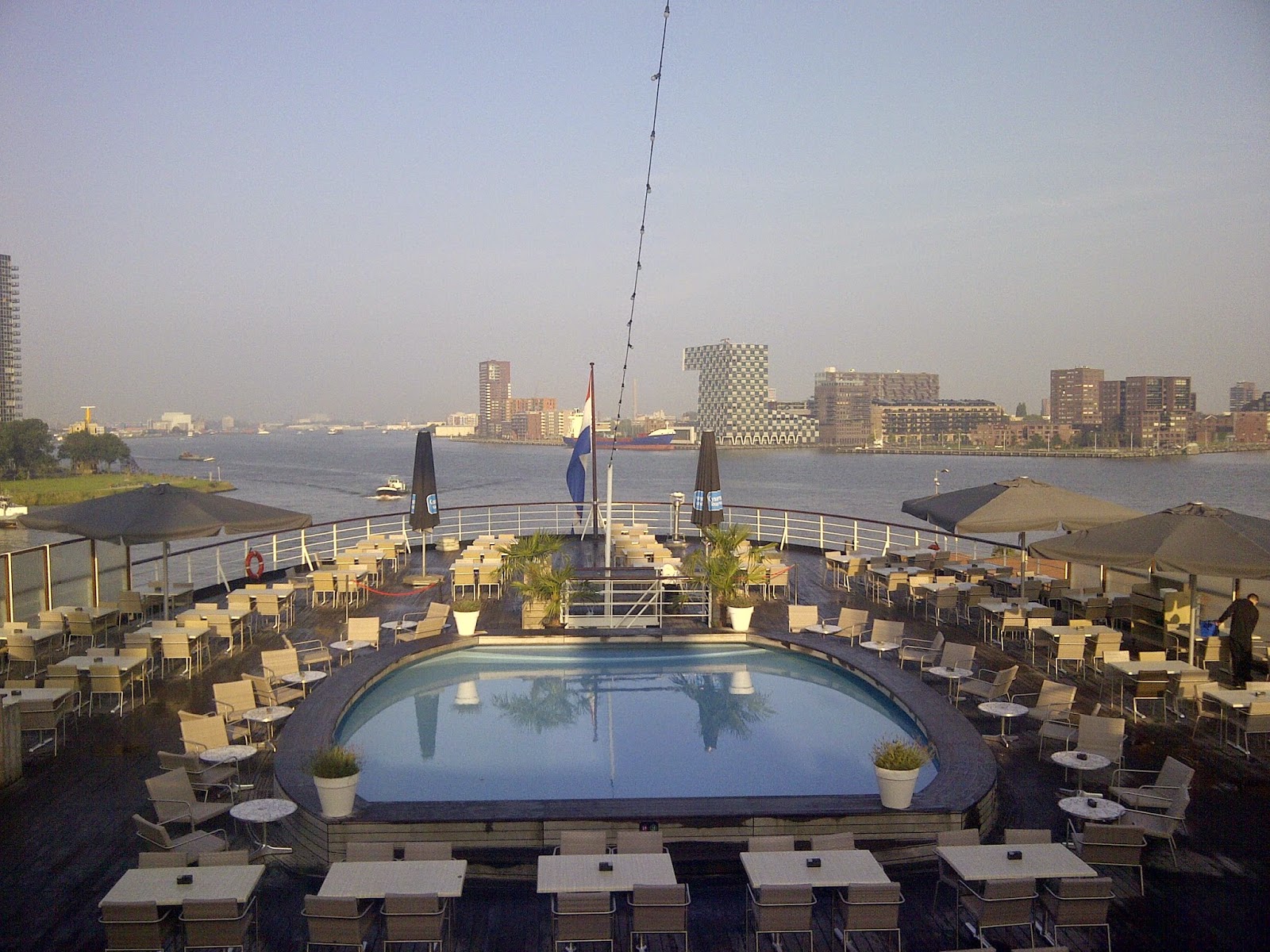 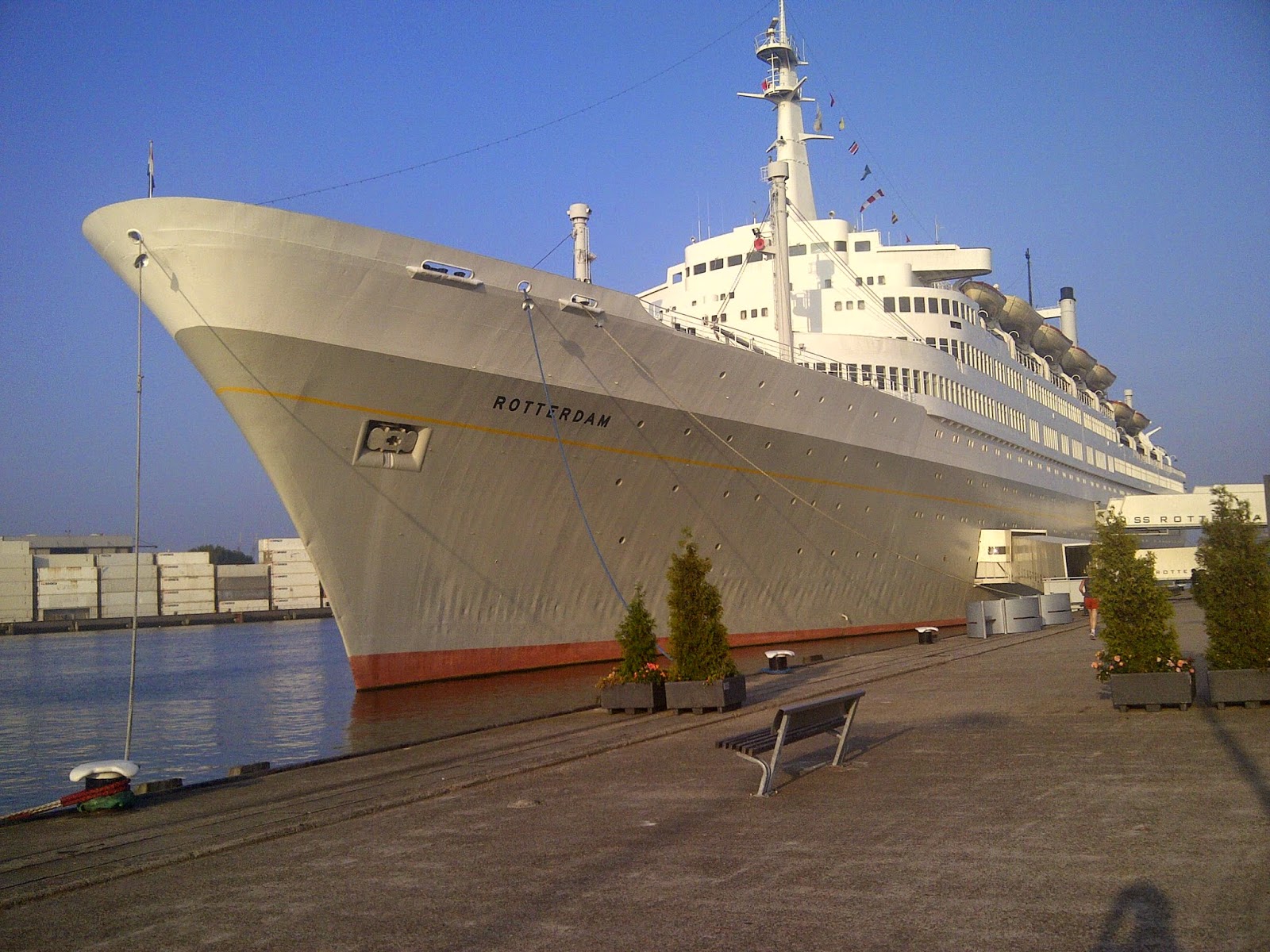 You could even tour the old engine room and look at the machines - probably not the most imminent need for the majority of tourists who come to stay here. You can have a languid breakfast (good old Dutch spread) before going about the town. 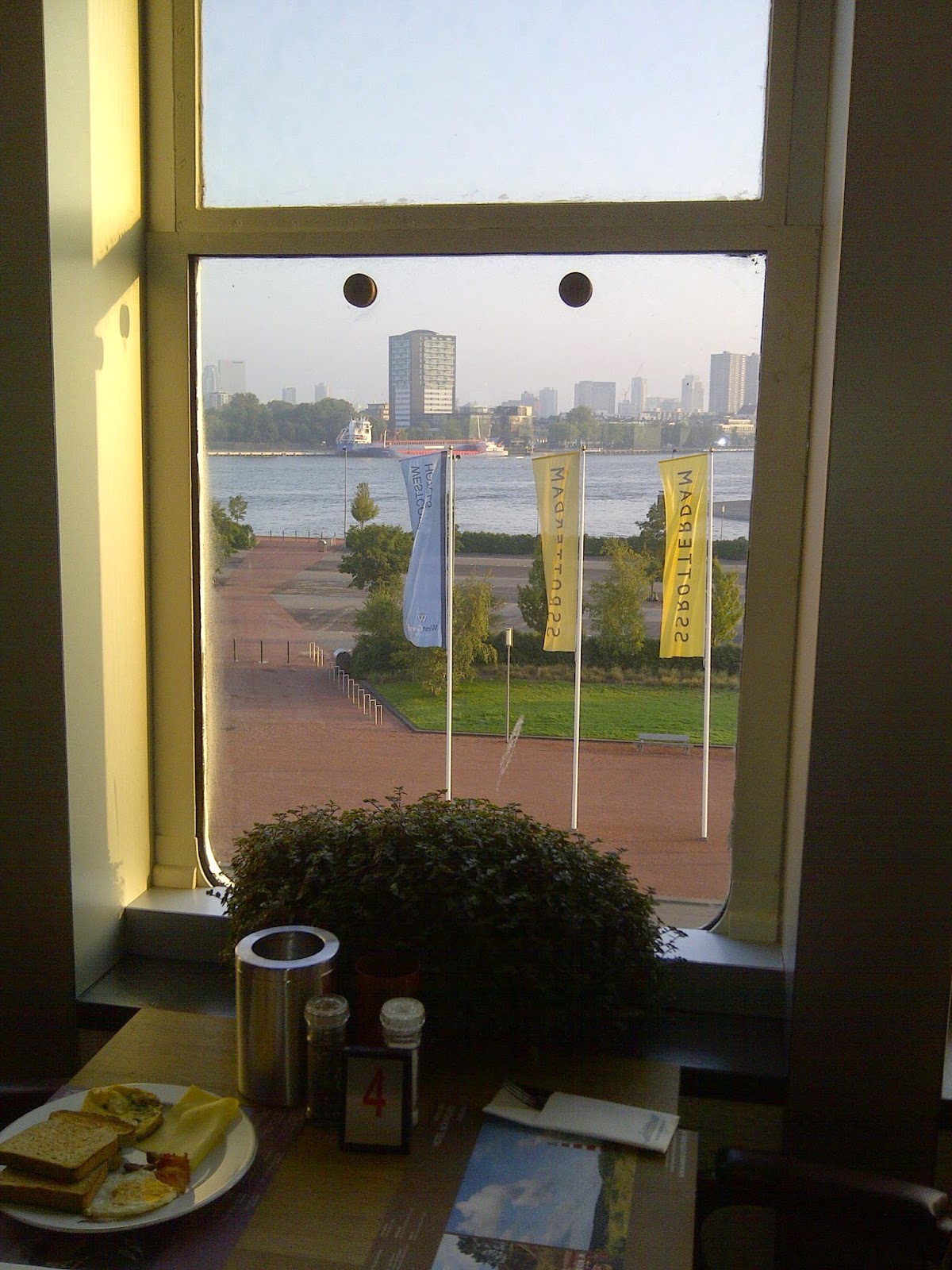 I must confess it went above my expectations in terms of service, food and overall experience ! 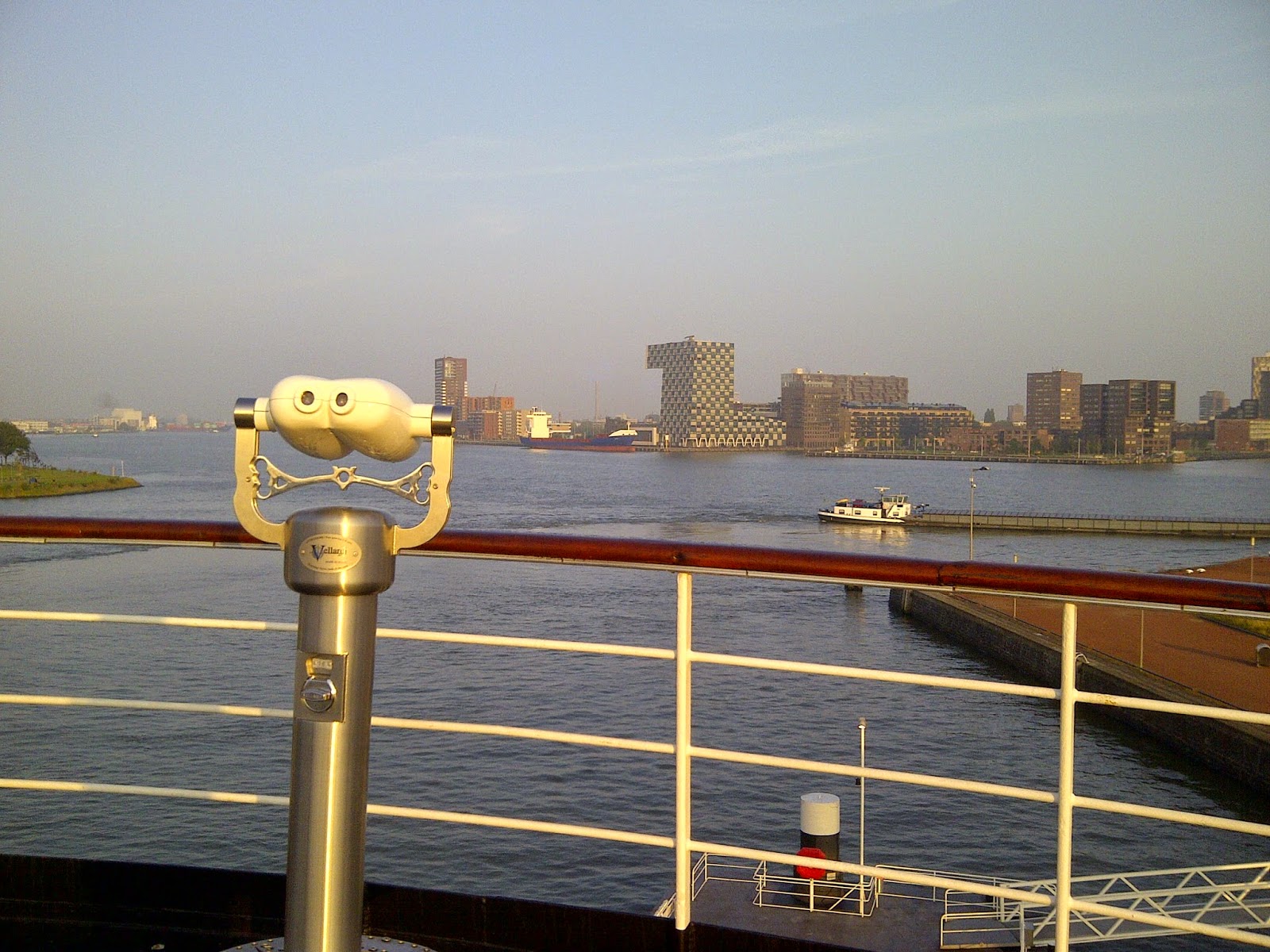 Posted by Suhas Anand at 1:09 AM No comments: