Update from Outdoors : Went butterfly shooting in Bangalore over the weekend..there is an interesting butterfly theme park there where density of these lovely creatures are high and the whole area is quite and peaceful...It is close to Bannerghatta and people in Bangalore / travelling to bangalore might want to check it out. 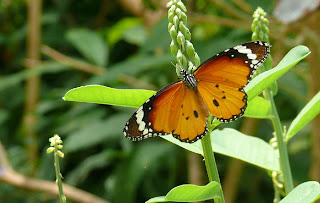 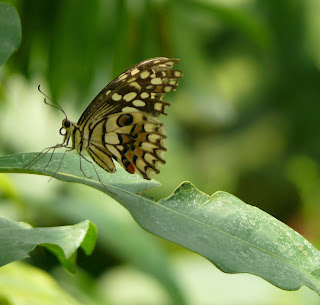 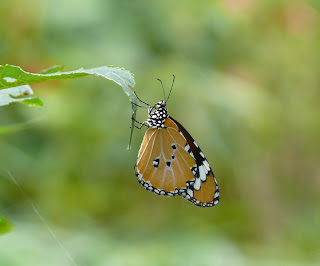 Few trial shots with the F Z 50. At higher ISOs quality is as good as my Nokia 2 MP cell phone in bright sunlight!! :D.(Excessive NR leading to one wondering if the image is a photograph or a painting)
FZ50 has an ossum SLR like feel. As a matter of fact it is more SLRish in look and feel than even probably my lensless Canon EOS.:)..Haven't yet tried out the camera for anything serious outdoors...Need to do it probably over the weekend if I get some time. 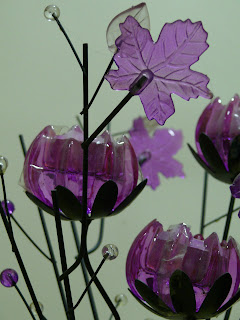 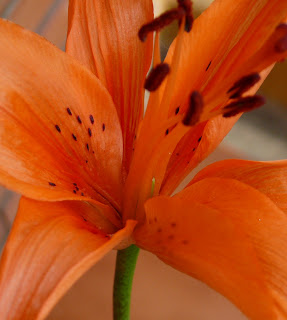 I bought Po's much acclaimed What Should I do with my life - the one on finding a purpose for life and being fulfilled, which I picked from the Bangalore airport waiting for a rare delayed Jet to Kochi for the Vishu weekend (Belated Vishu to all by the by)
It is a good read - no one can debate that. I love my work today. I love the people part of it. I am working with an amazing set of individuals - people of high integrity, values and a need to do something useful to society too. But still the book evoked / stirred deep emotions in me. Set me thinking about finding meaning in my work. Me and a few of my colleagues have had this discussion before too.
For some the best way to deal with meaning in life through work is to look at work as a "funding agency" which funds your family time together. Weekend funs. Movies. Brands. Cars. Housing mortgage payments. Some just don't search for a meaning saying its an abstract thing which is for concern only for people who have jumped out of the top of Maslow's pyramid.
Buy the book. Read it. Think about it. Chew it. 350 rupess well spent. A VERY STRONG BUY :)
Posted by Suhas Anand at 12:58 AM 1 comment: 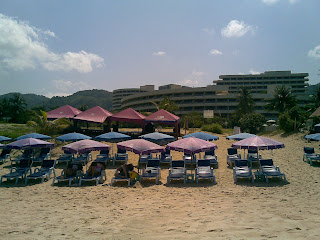 Had a nice weekend at Phuket. Sun, sand, drinks and ubiquitous Tuk Tuk - both varieties !! I was at the Hilton Arcadia close to Kata-Karon Beachstrip and it was the most sprawling hotel property I've been in. Close to 30+ acres. Barring their Dal Makhani and Punabi numbers in the Deep Sea Disc, the place is absolutely fantastic !!
The one thing that struck me was how they have rebuilt Phuket after the Tsunami. Places like Kamala and Patong beach which were washed away by the waves are back in full regalia. Its just amazing the kind of work that the government and people have put in the country to rebuild it. And if the Suvarnabhumi airport at Bangkok is anything to go by Thailand is in for bigger things.
That also instills in us fear and hope - fear regarding how many more years of 7+ GDP growth we would need, to come anywhere close to some of our Asian friends. Hope that probably the only way forward for India is Up. 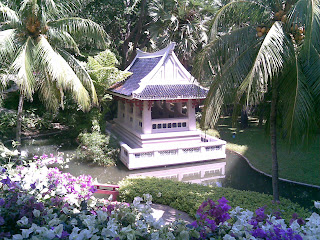 Forgot to add : Bought a new Panasonic Lumix FZ50 to go with my Canon EOS film SLR. Thought its a good prosumer camera..As close to DSLR as it could get but without having to change lenses for shots. Would primarily use this for long zoom shots since I don't have telephoto lens for my Canon. Let me see how it performs. :) 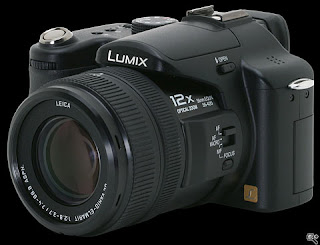