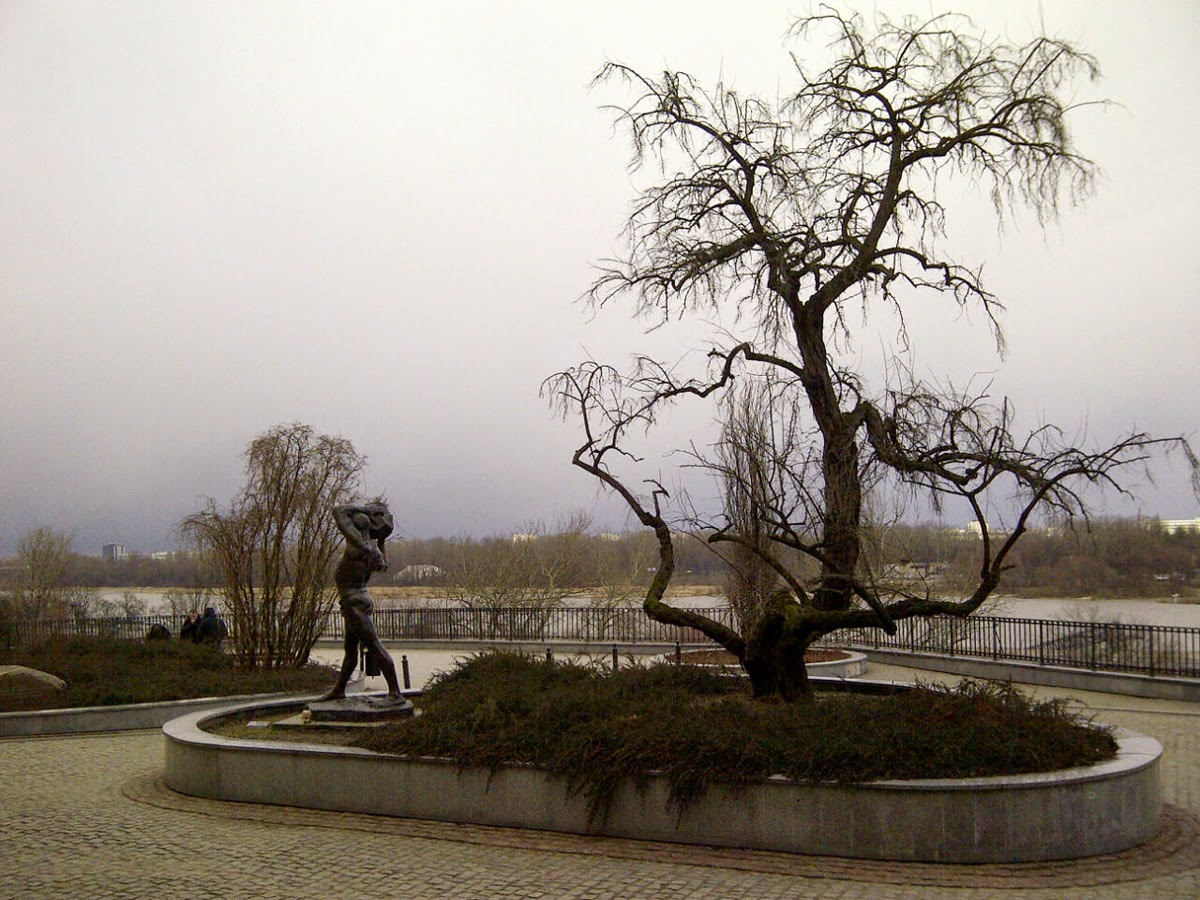 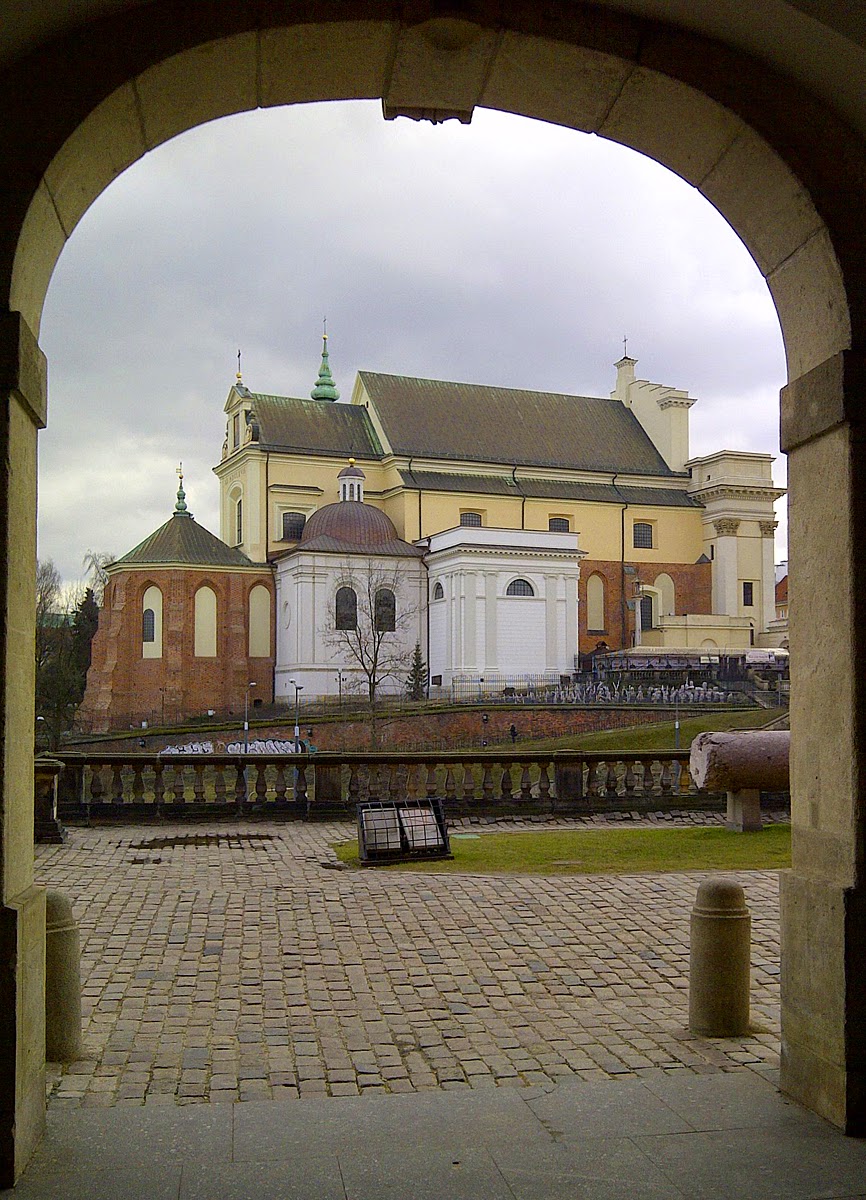 I was at this amazing Polish city - its capital with a solemn history across the wars. It still is a beautiful city with amazing architecture though the tallest structure is the obscene looking (in my view) Palace of Culture and Science gifted by Soviet Union to polish brothers ! (Which many poles have had a hate-hate relationship with)

I could only spend couple of days in this lovely place and both days were frigid, wet and perfect for blackberry based photography ! (not that even an SLR would have helped in such drab weather and lighting). Hence none of the shots are worth it but atleast it helps me remind places and learn their histories !

Let us start with the  Palace of Culture and Science - built almost as anything else in Moscow by the Stalinist government of USSR, it towers over anything else in Poland let alone Warsaw. It was a good 20 minutes walk from Sofitel where I was staying. I did manage to roam a bit and also managed to take my hands out of the gloves to click it. 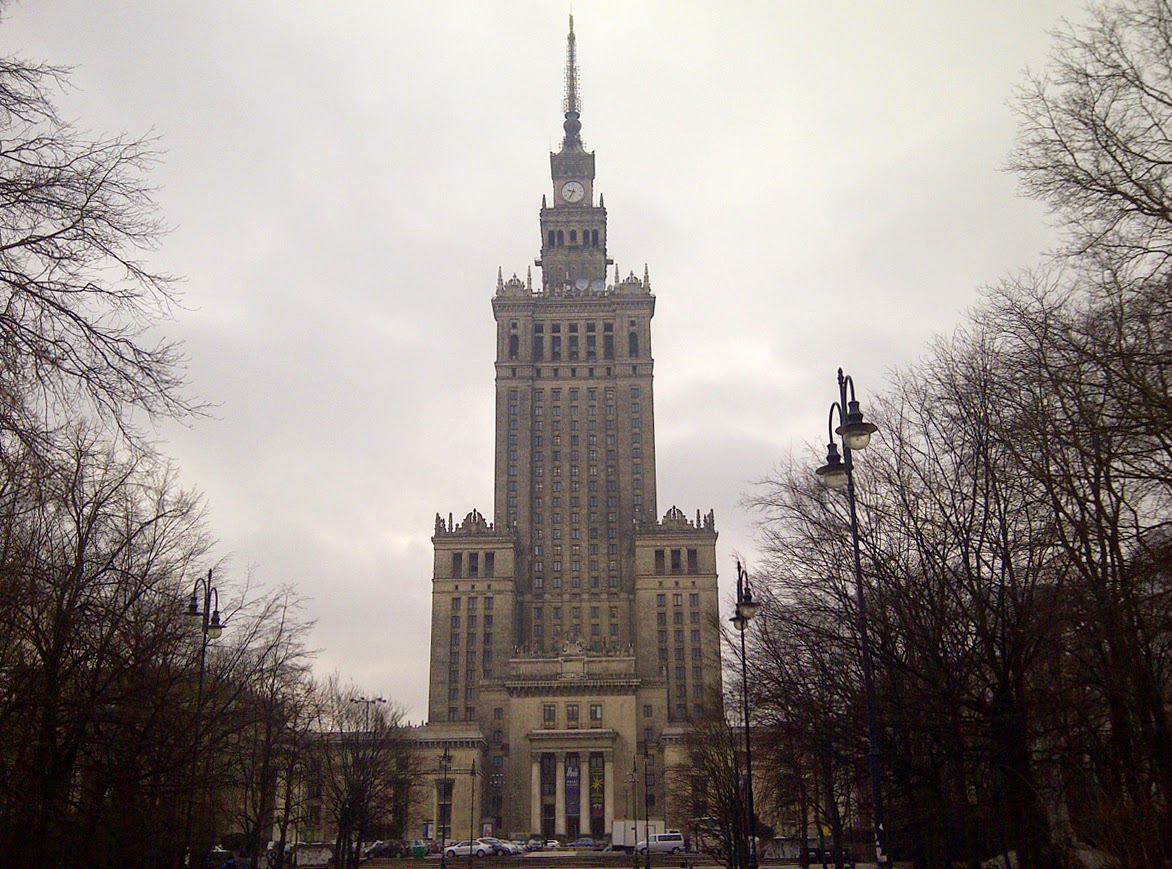 Across from Sofitel, 1 minute walk away was the tomb of the unknown soldier. It was nice to stand there seeing the change of guard and the eternal flame thinking of how unfortunate a country could be sandwiched between USSR and Germany. How many of her sons and daughters sacrificed for the geopolitical ambitions of neighbours. 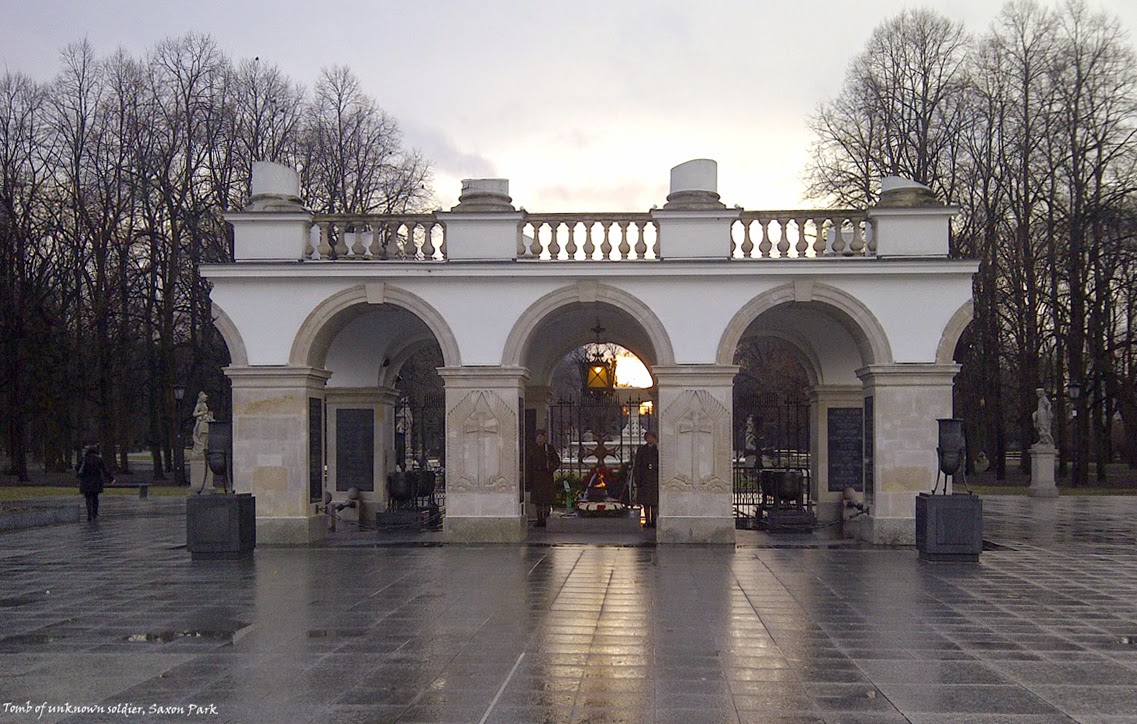 Behind the tomb, is the saxon garden which was at this time of the year, pretty drab. I can imagine how beautiful it could be in better weather. 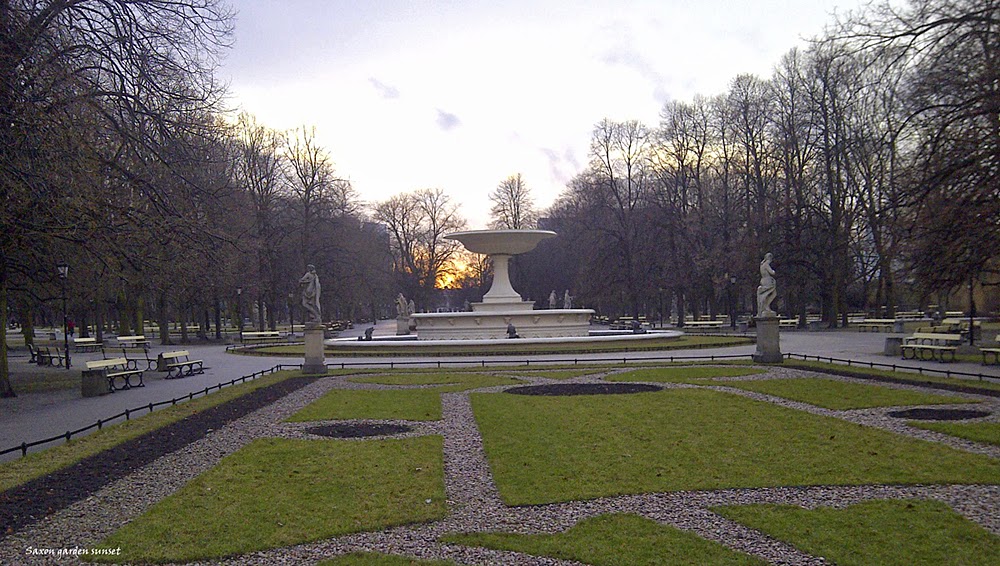 Warsaw has various parks of different sizes - Lazienki park is one of the more famous ones which has museums, lakes, some amazing sculpture and acres of greenery to walk around in.
One of the more famous sculptures is the Chopin's one. The original one was bombed by Germans in WWII but since the original mould had survived it was recreated as a genuine monument for the famous son of soil. 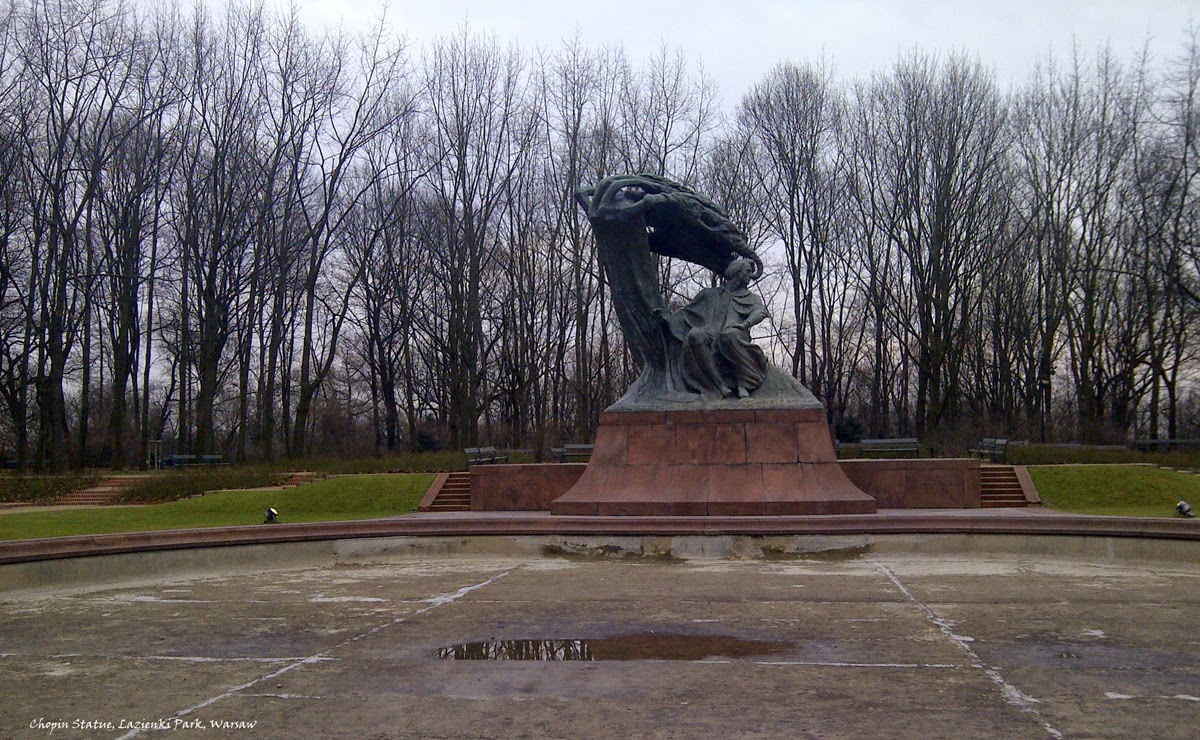 Second day of walking was almost fully spend roaming the area around the old city and the royal castle. We actually had a dinner in the castle with the former president Aleksander Kwasniewski. It was interesting listen to him admonishing his former friend Putin for his belligerent overtures towards Ukraine. Palace has the interestingly photogenic wall of defence in front of it. 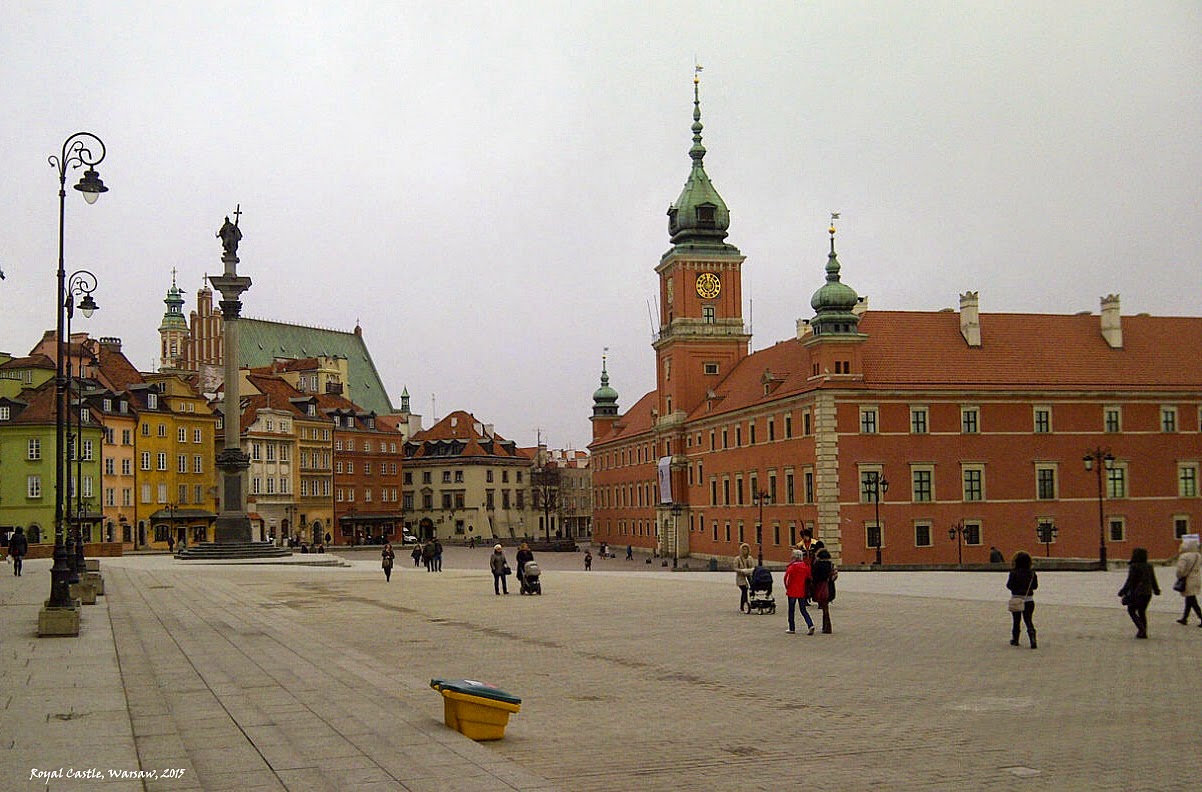 Even the walk down to the castle and the various alleyways around it provide a glimpse to the glorious architecture and past this city can be rightly proud of. There are many sculptures that are stark - very much like the vegetation and the weather at this time of the year. Some of the views from the high banks of the river are also stunning for its panoramic vistas. 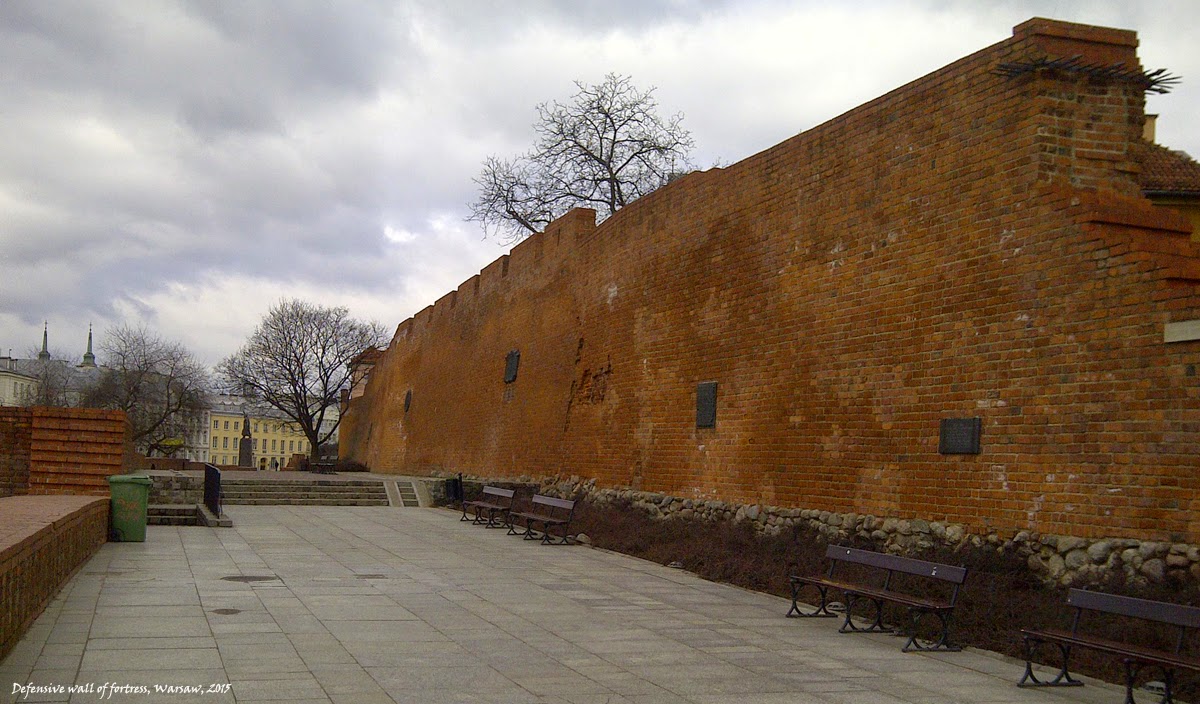 The trip was short but a savoury one - good enough to mark it as a relatively cheaper, interesting city that has to be revisited in better weather. A parting shot, which was in my view my best shot of the trip. Has nothing to do with any of the monuments in Warsaw. 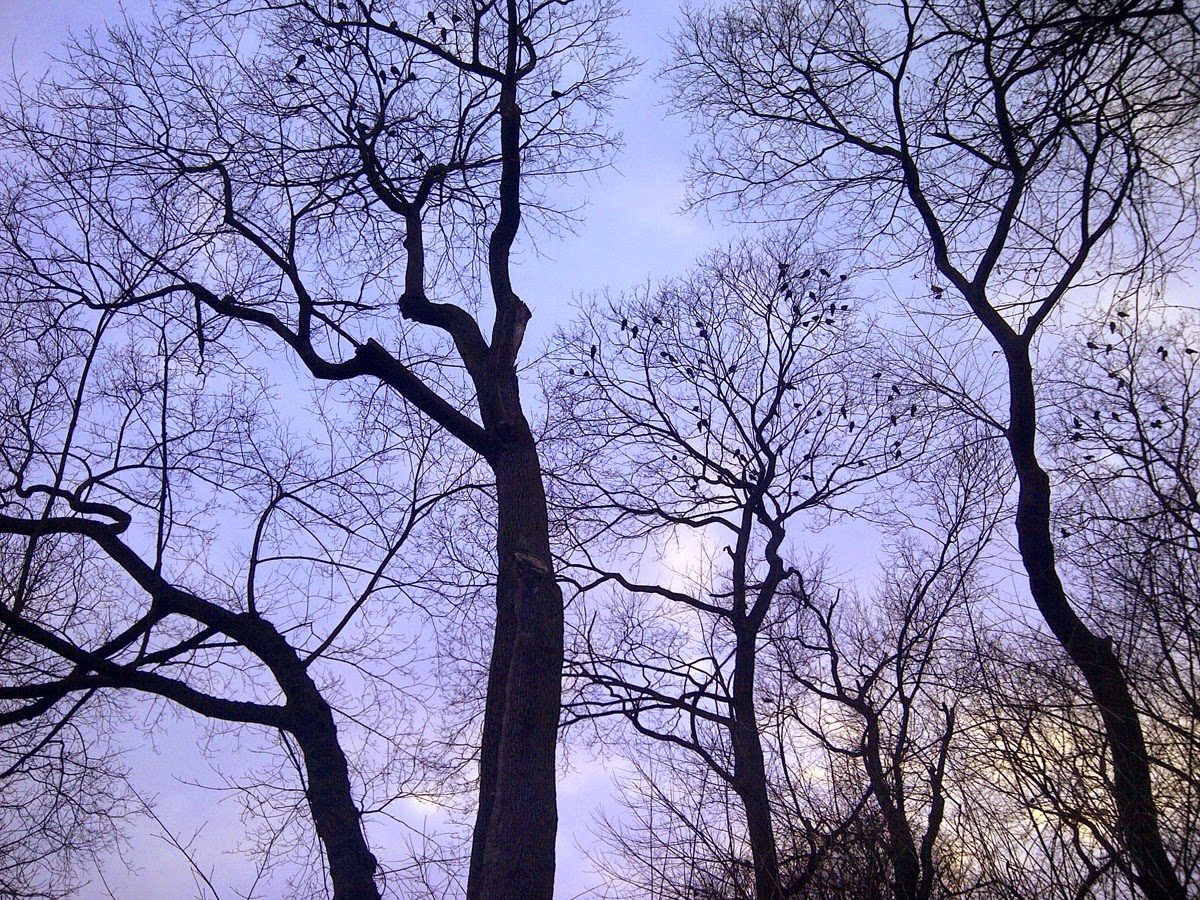 Posted by Suhas Anand at 6:35 AM No comments: