I see trees of green, red roses too
I see them bloom for me and you
And I think to myself, what a wonderful world

I see skies of blue and clouds of white
The bright blessed day, the dark sacred night
And I think to myself, what a wonderful world...

-- Bob Thiele & George David Weiss
Posted by Suhas Anand at 5:08 AM No comments:

For someone not deeply religious like me, spirituality has different connotations. For me, personally, it is something which touches you deeply, makes you think about meaning of life and existence ! And some of these instances could be relatively mundane.
Few such events are listening to a Sachin Tendulkar interview with Harsha Bhogle. Or listening to a "folk-touch" song composed by A R Rahman (Ghenda Phool in Dilli 6 for example). That clearly shows, atleast for the more profound "spiritualists", that I've no clue about spirituality !

One such recent experience for me was a trip to Bharatpur with Sandy and another friend of mine, Shireen. Bharatpur is a National Park in Rajasthan (Officially it is the Keoladeo Ghana National Park). I was there last year too but due to severe drought experienced, there were not many birds or animals to see. What makes this place amazing is the vastness or it's wetlands and the absolutely mind boggling number of birds that visit this place every winter. 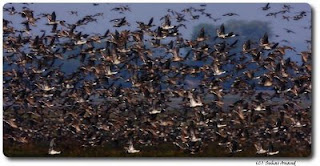 Sandy was coming from Mumbai and I was coming from Delhi. After meeting at Bharatpur and checking into our hotel, we went to the park. I was trying my new Benro tripods for the first time along with my trusted 40D and Canon 100-400 L IS. Sandy was shooting with her 12X zoom Panasonic. In many cases, we had to work together for shots - especially for flight shots, where she would predict with reasonably good accuracy the flight path and landing moment. 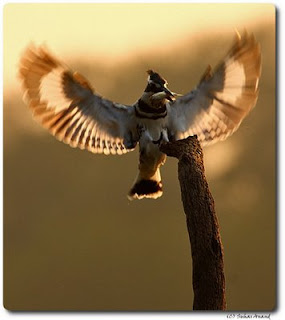 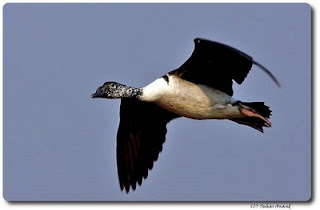 Just being in the quite park (Before the weekend tourists flooded the place - singing, dancing, wearing outrageously loud cloths and generally behaving as if it was a picnic spot) looking at the mist covered horizon where thousands of birds fly around gives you a "spiritual" high. It is as good (even better!) than seeing a Sachin Tendulkar cover drive or a listening to an intricate Rahman composition!
You also see the raw life unfolding in nature - fishes shredded to pieces, smaller birds being eaten by birds of prey, jackals hunting smaller antelopes (A jackal almost attacked me as I was lying low to click it's pic - it probably thought I was another small prey!!) 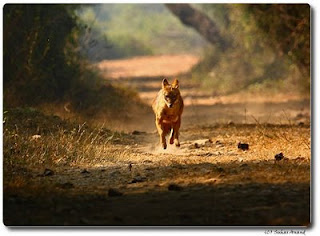 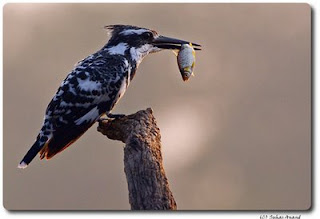 The place is also exceptionally romantic - as much as some of the Alpine EU regions that Ive trekked in. A very apt setting for Sarus cranes - the most elegant of creations that God has blessed mankind with. They mate for life and are strictly monogamous ! Even if one of a pair is dead, the other doesn't accept other mates. Valmiki is supposed to have cursed the hunter who killed one of such a pair (The famous Ma Nishada episode) which purportedly became a precursor to his writing Ramayana. Being with them, enjoying their elegance in the romantic ambience that Bharatpur is in itself a "spiritual" pinnacle ! Unfortunately, only around 20000 of them are left, thanks to modern day hunters - humans who kill it for meat and for fun! - We need many more Valmikis with a plethora of curses !! 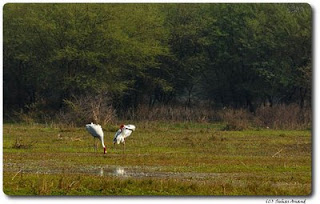 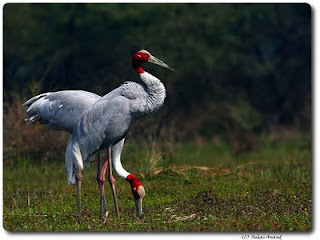