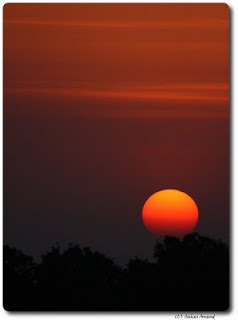 Have been under some stress due to the way markets are turning out. The best panacea for all stress is nature. One of the key distressing tablet for me is trekking & shooting in forests. This time Sandy & I decided to trek the Bhimashankar forests. The key trails we did were the Gupt Bhimashankar, Machaan and Forest rest house trails, as suggested by the noted naturalist Adesh who knows these places like the back of his hand.
My idea was primarily to shoot the highly endangered Indian Giant Squirell for which the WLS is created. Sandy's idea was to trek the tropical evergreens & the adjoining mountains. Both were quite complementary. She helped spot some rare species that I could then shoot.
The trails are all small and we did only around 15-16 km over 3 days. Not for the serious trekkers. More for people like me who are what I call " forever aspiring trekkers". (Well old age is getting to me you see...I used to do 30km in 2 days, but of course without the photo equipment weight on your back...now its like a distant memory !!)
Bhima WLS it is a little known jewel in Maharashtra created for protecting Maha's state animal - The Shekru or Indian Giant Squirrel.

We stayed at the blue mormon resort - quite a decent place over a plateau overlooking some splendid valleys giving one terrific sunrise and sunset shots. We used to trek starting 6. Come back for lunch. Rest a bit and start afternoon treks. Come back. Have sumptuous maharashtrian snacks like Kanda Poha, play cards for 2-3 hours. Hit sack by around 10 for an early morning rise. It just rejuvenated the whole body and mind.
Photographically, shooting shekru is difficult. It is forever at high foliage. Lighting and BG are additional challenges. But could shoot a bunch of birds ranging from bushchats, orange headed thrush, bonelli's eagle, swallows, bee eaters, pipits, larks etc.
Its a good 3 days plan for people in Mumbai. For Pune folks even 2 days is good enough to cover up the place. I will go back mostly in Jan / Feb once the winter migratories too come down from up north.

Belated Diwali greetings to all. Hope you guys had a safe diwali. 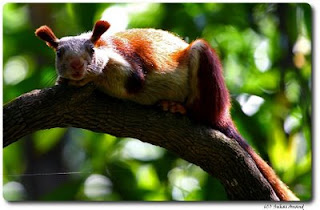 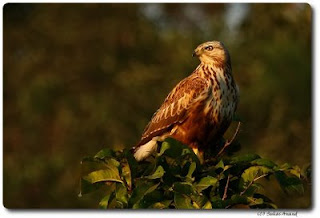