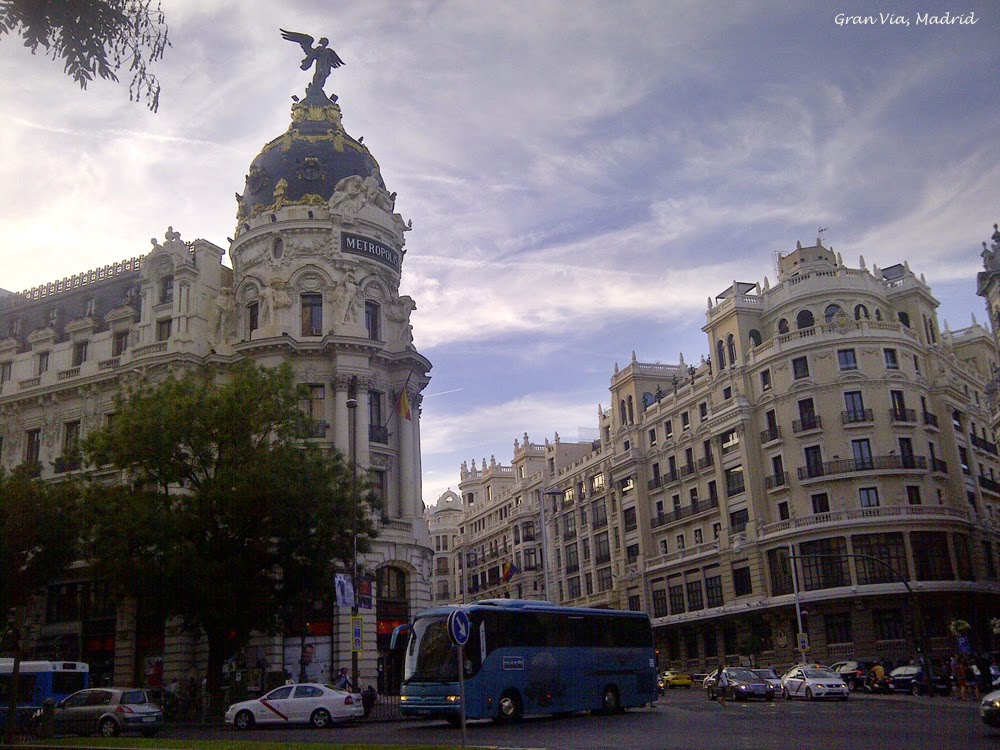 Had a short trip to Madrid over the summer. Planned along with a work related travel.Hence did not have too many days to roam around but did a quick tour of the city covering some of the most interesting but still touristy aspects of the city. Below is the list of things that I found interesting and should be a good starting list for anyone doing a quick Madrid tour.

1. Temple of Debod : One of my favourite places in the city. It is in a lovely hilly park behind the Plaza Espana. The temple itself was shifted almost "as-is" from Egypt while the great dam of Aswan and built and many such precious treasures were going to be lost to flood waters. Supposedly, Spain helped save many of them and relocated within Egypt and as mark of thanks this was "gifted" to the Spanis. For an Egyptophile like me this was a wet dream right in the middle of a European city. Something which was bilt across the epochs  - starting from Adhikhalamani around 2 BC. Further worked on through the Ptolemaic periods and on until the Romans. It depicts various offerings from the King Adhikhalamani to gods like Amun, Isis etc. Fascinating, fascinating piece not to be missed. 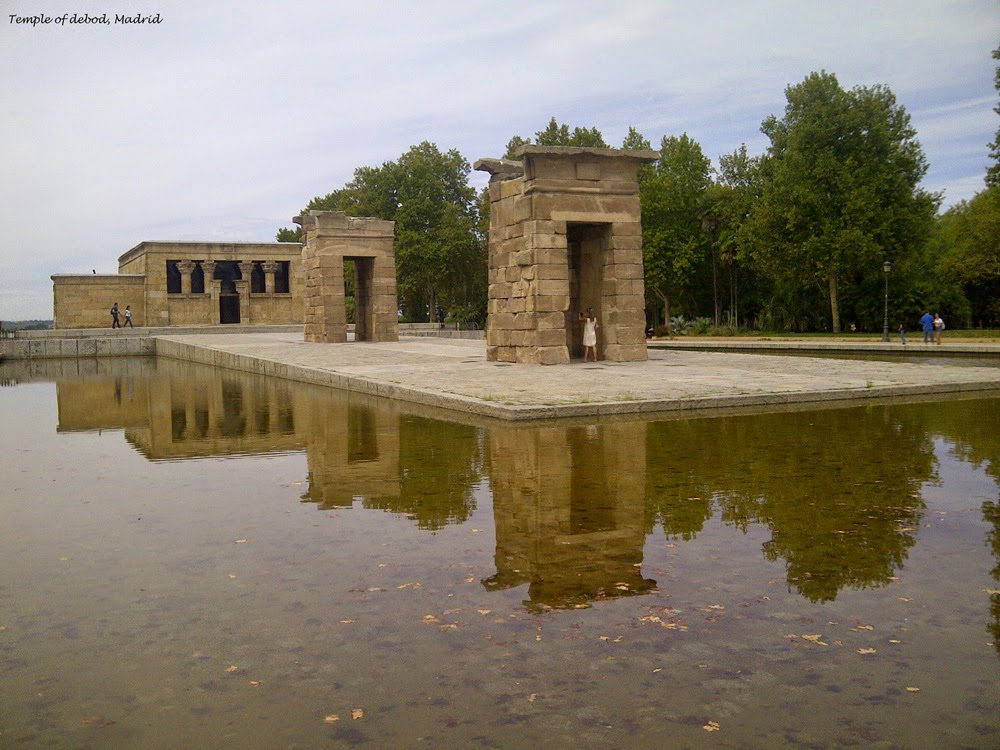 2. Puerta del Sol : Regarded as the centre of Madrid, this is where all trains originate from. Walkable distance from most of the major old city tourist attractions including plaza mayor and even the royal palace, this can be considered the most famous and central square in Madrid. Right outside the metro is the square which has the statue of King Carlos III. It also has, to a side, the famous bear and strawberry tree sculpture which is in the coat of arms of Madrid. And also the symbol for Atheltico Madrid football club (and not of Real Madrid interestingly) 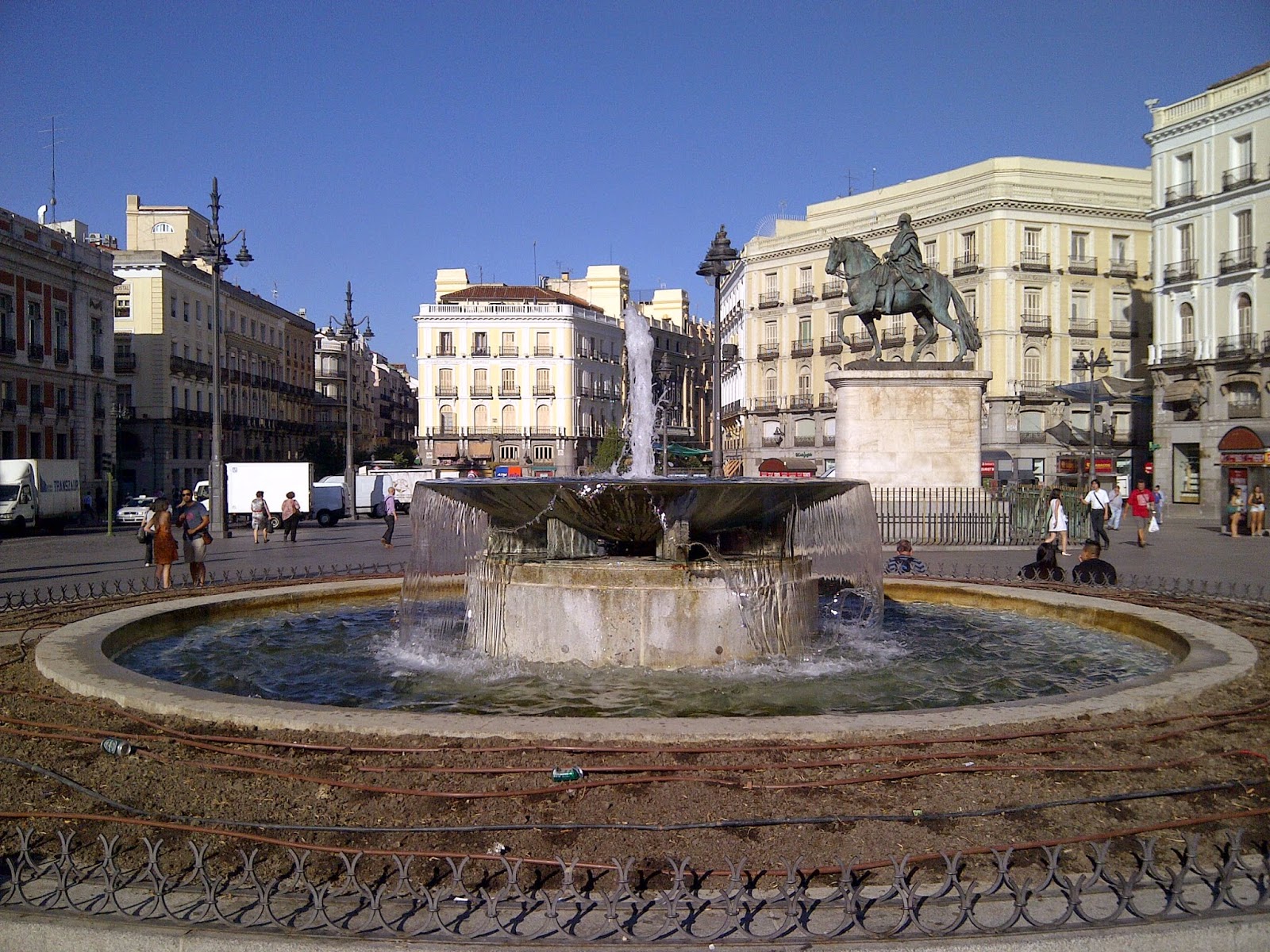 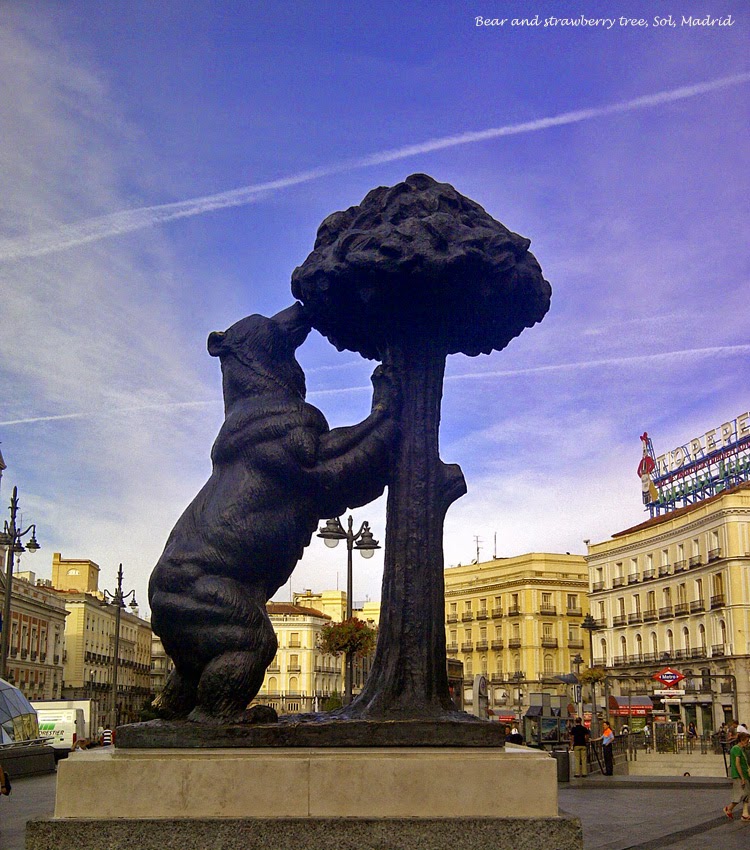 3. Palacio Real or the Royal Palace  : Famous palace of the Kings of Spain - currently they don't stay here any more but still used for major state ceremonies. I think it is the largest Palace in Europe by floor area. Worth paying the 10 odd Euro entry free to see the royal armoury, rooms and dining areas etc. 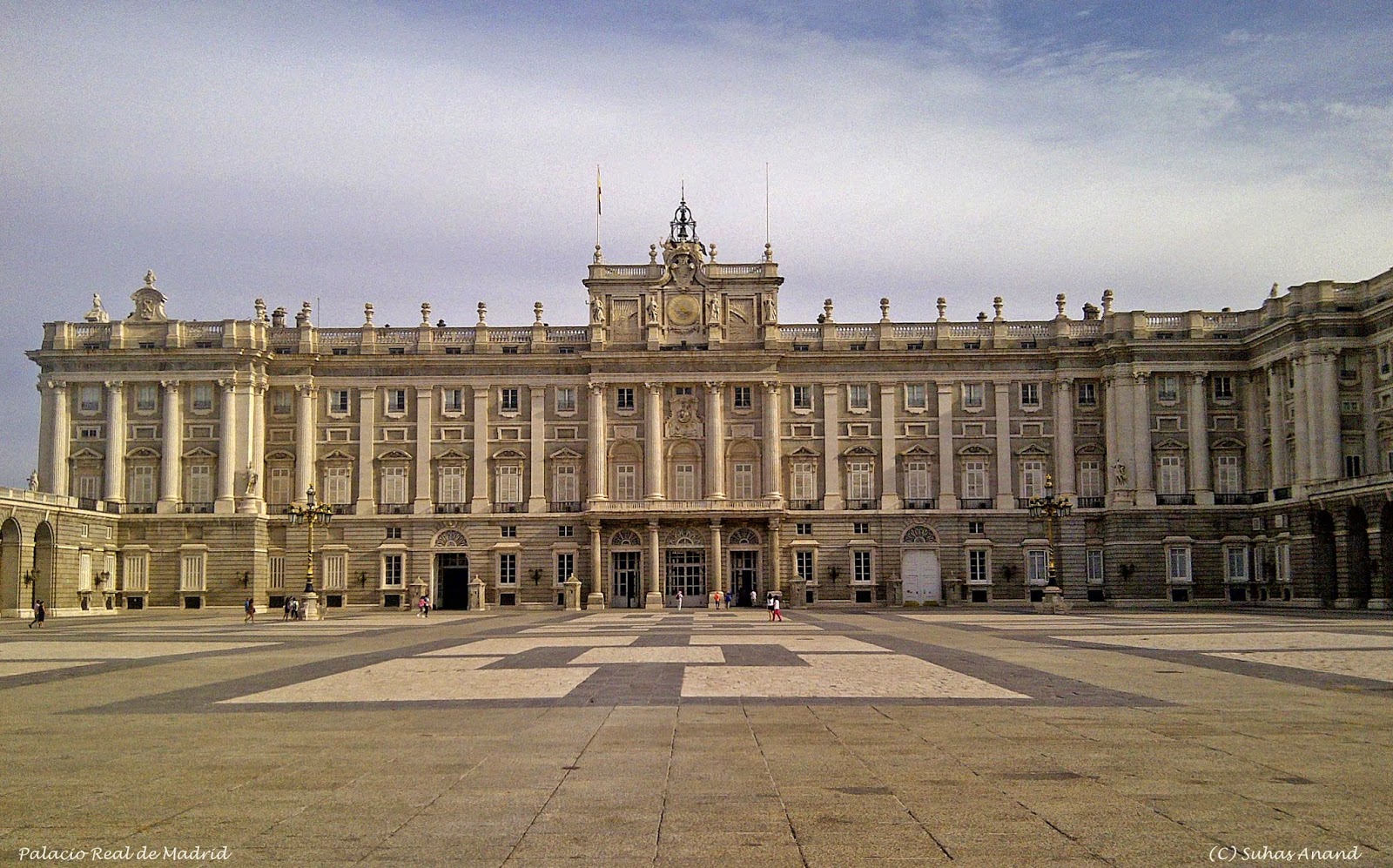 4. Plaza de Oriente : Towards the east side of the palace (and hence the name oriente) there is Plaza Oriente with a small garden with statues of Kings and lined with leafy trees. Worth sitting and relaxing while watching the side of the royal palace - also some good cafes around for the cervezas that you need especially during the hot Spanish summers. 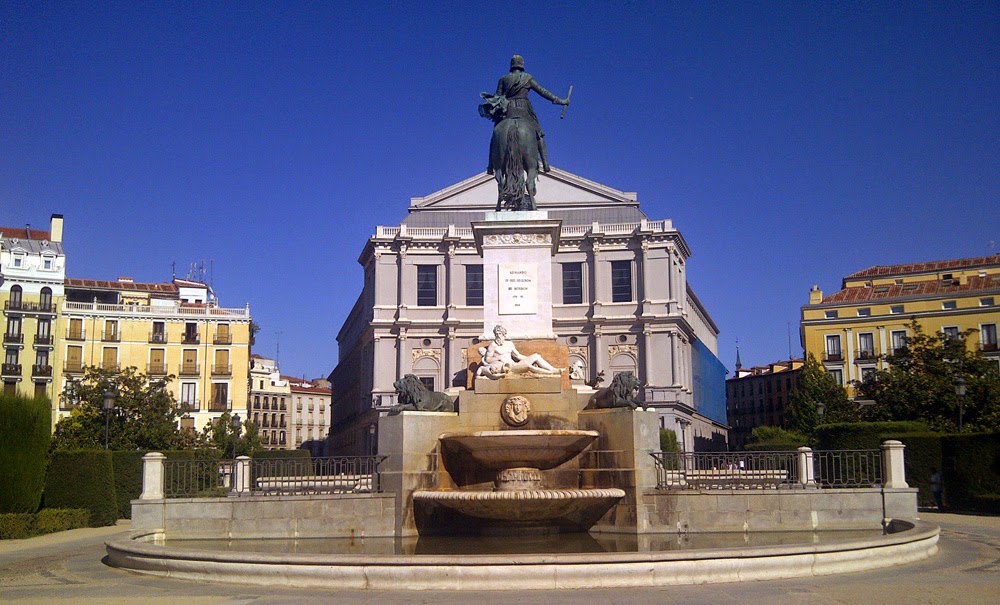 5. Cathedral de la Almudena : Arguably the most important church in Madrid, it has St Mary of Almudena the patron god of Madrid. Whatever be the religious significance, of which Im least bothered with, the architecture looks very pleasing and there is a silence inside the huge space which almost takes one to the big Roman churches. If you want quite peace in the city if pubs and nightlife, this is a good place to start. 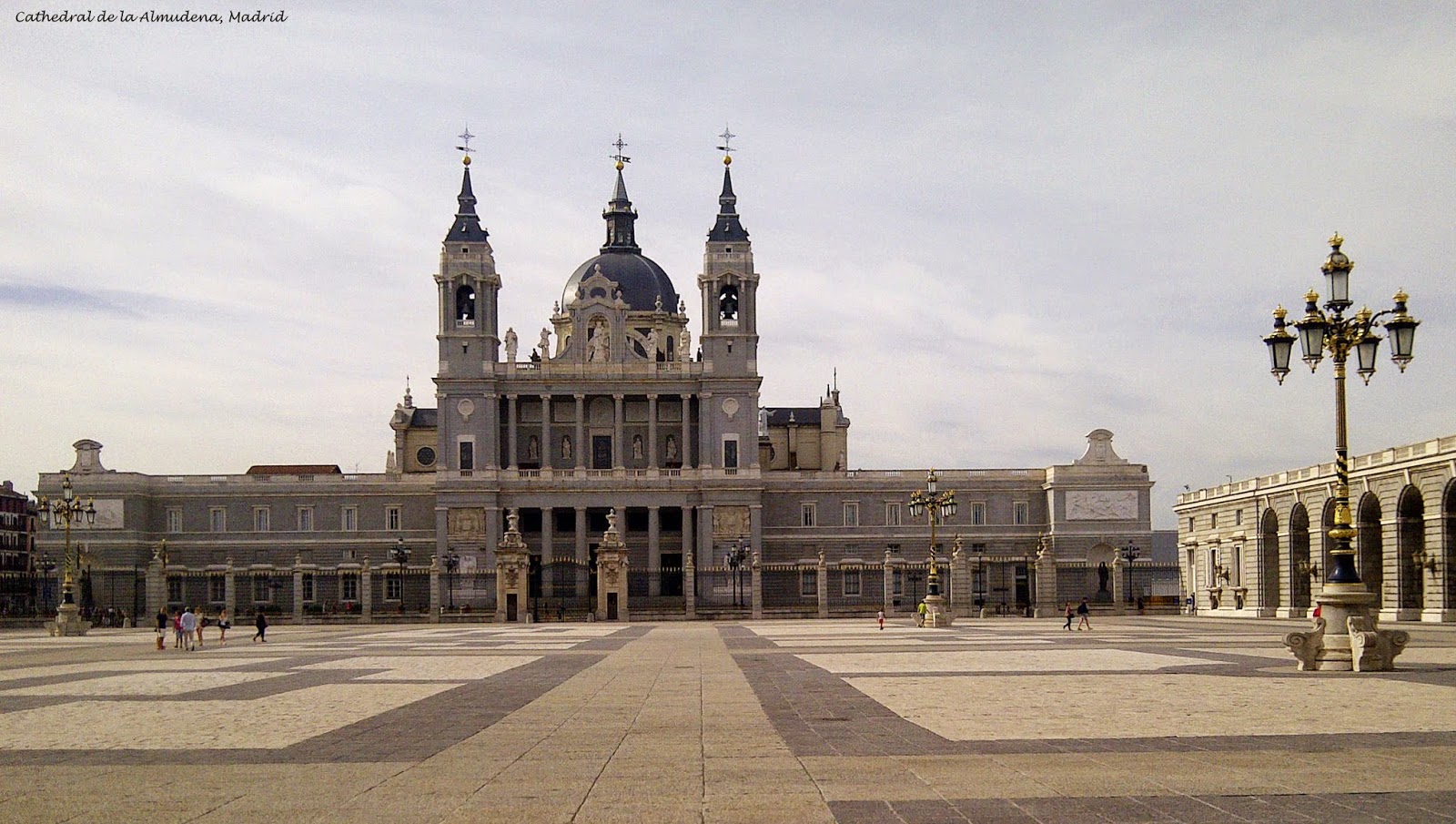 6. Plaza Mayor : The most important plaza in Madrid, its stone's throw from Sol metro station. Its a rectangular plaza and has the statue of King Philip III on a horse in the middle. Built in early 1600s, it has been reasonably intact and potentially looks very similar to how it was. Take a walk back to past. 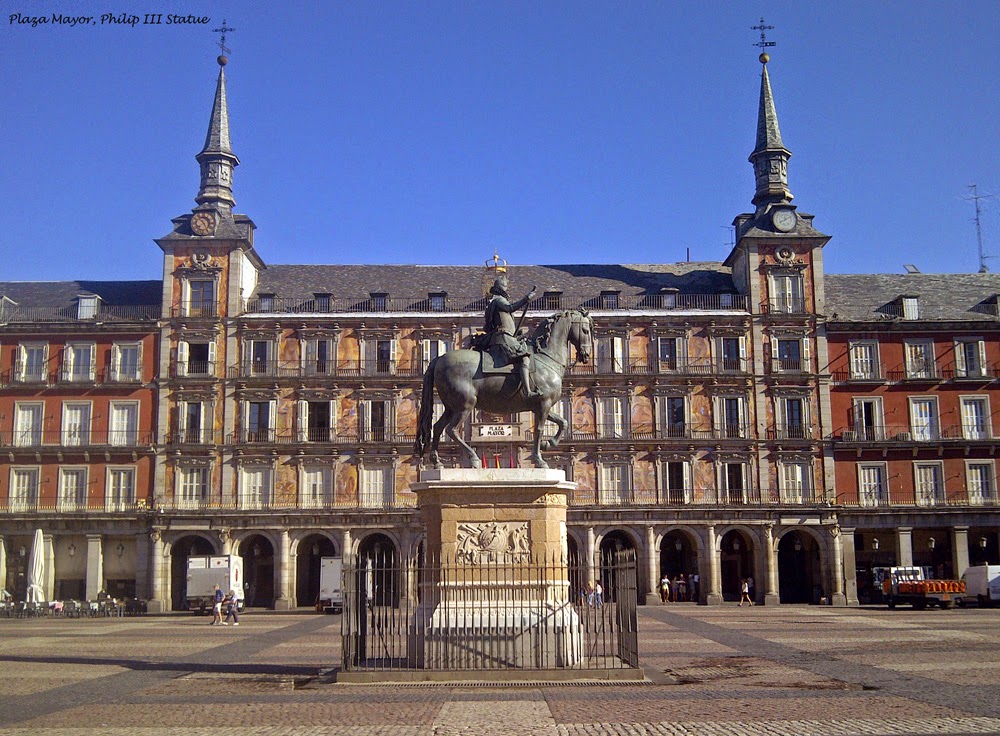 7. Plaza Espana : Close to intersection into the bustling Gran Via, this is probably one of the most crowded plazas - for ever bustling with tourists. It has the monument of Cervantes, Spanish novelist. You can sit here on your walk back from Royal Palace to the Gran Via to get your breath before hitting the traffic ! 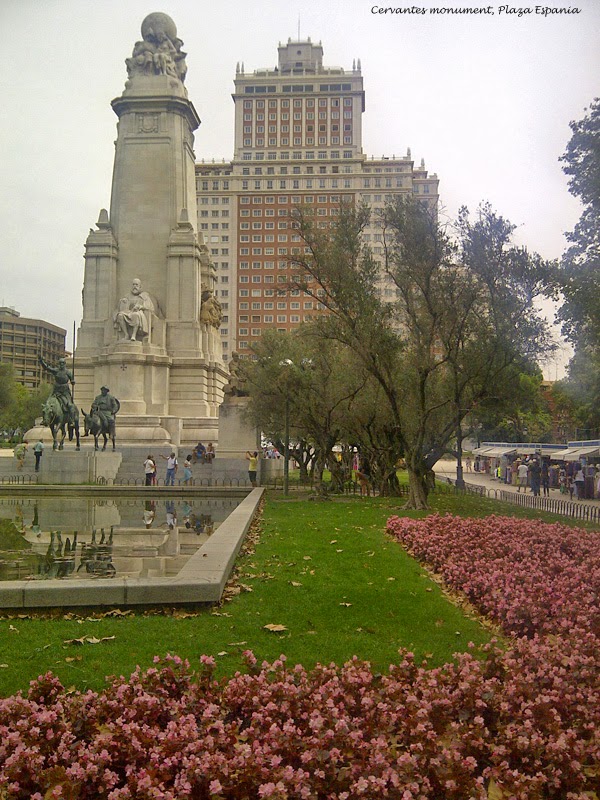