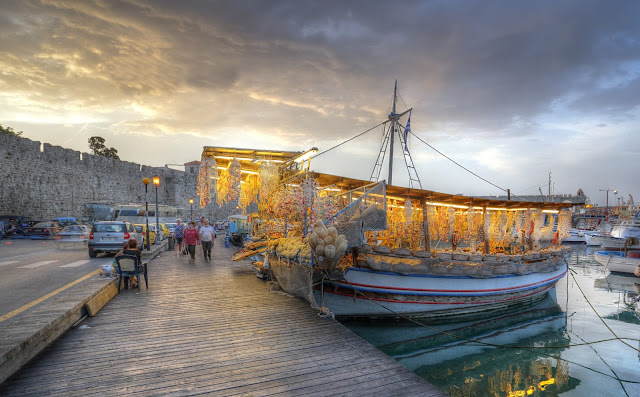 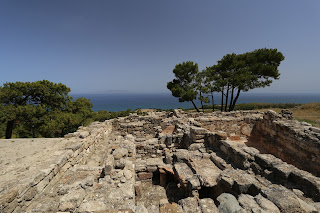 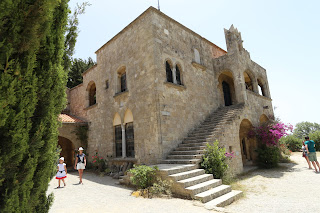 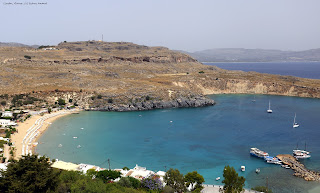 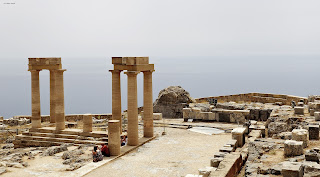 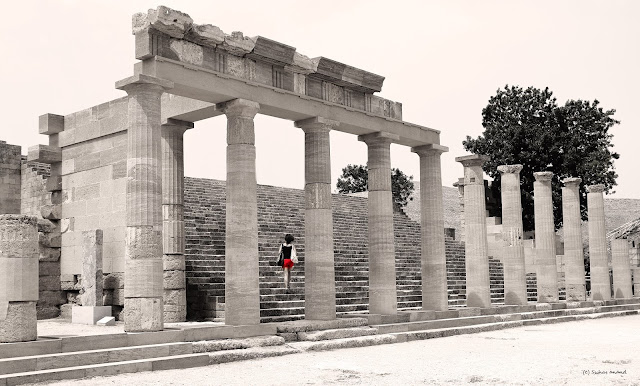 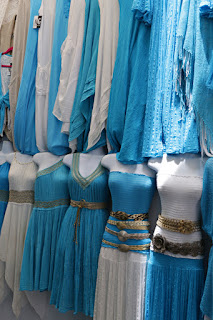 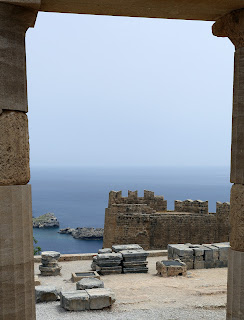 Got a chance to spend a few days in the capital of Georgia this winter. The idea was born out of a plan of a bunch of us friends to go on a boys only trip. The specifications were quite simple - should be relatively cheap, weather must be good, must have decent night life especially availability of good quality wine and beer ! Above all, visa should be quick or on arrival even for Indian passport holders ! Now these might appear to be relatively straight forward needs from a vacation but still its not so easy to find such a spot, given the mighty desi passport ! Luckily, a friend had recently gone to Georgia and mentioned that the visa is on arrival if you have GCC residency. We quickly decided on Tblisi - thankfully we knew nothing about the city and hence decided to take it as it comes. This does add to adventure ! Unlike my solo trips where I prefer to plan most things to a detail that makes others go nuts !

Quickly booked tickets through fly dubai and the nights at holiday inn. Upon reaching the terminal, we were told that though visa is on arrival, you still need to show some bank account details to ensure you can afford hotels there and that you will not stay put. Would be interesting to know who would want to stay put in Tblisi. Anyways an ATM slip was enough as proof that we have enough moolah to get us into Tblisi and back and still spare change for hotel and food. Once that was done, the flight was short, sweet and uneventful.

The 100 odd hours we spend there was all a blur. We covered quite a bit - Jvari, old cathedrals, longest wine cellar there including wine tasting, purchased Georgian special wines, had Indian food (with an appetite that made the owner think we are seldom given food back home!) and gorged on Georgian food like Katchapuri - especially the beans filled one which was oh so tasty ! The weather was great - around 10, but with no significant rain. We did get a few drizzles every now and then which also made us miss some fantastic sights from afar at Mtshketa but overall for an unplanned vacation, it was par for the course.

So if you are limited on time and want to do the Top-3 things in Tblisi, in my view you should do the following.

1. Mtshketa
Definitely do the 20 odd Km trip to Mtshketa. On a good sunny day you can see afar from near the old Jvari monastery there. It is a sixth century Georgian orthodox monastery which is listed as a World heritage site by Unesco. At Mtshketa, one can also view the Sveti tshkoveli Cathedral. Both of these are brilliant to spend some time at.

2. Sulphur baths
These baths are pretty much at the old city centre. If you are OK being naked in front of many other people or in privacy in front of your exclusive massage man (or woman if you are lady), then you can get all the dirt accumulated over decades off your skin in 30 minutes. I did opt for a private bath without the massage but did come out fresh and slightly dizzy. Must be the sulphur plus the steam. It was not the most hygienic thing I've done in life but hey it takes all kinds to make a vacation memorable. And sulphur bath in Tblisi is one memorable experience for sure. There is even an interesting legend regarding founding of Tblisi The legend about foundation of Tbilisi: one day the Georgian king Vakhtang Gorgasali was hunting in the environs of Tbilisi. His falcon caught a pheasant, but soon both disappeared, only after some time King Vakhtang found his bird. Both fell into a sulphur spring and were boiled. As the sulphur spring was warm, king decided to call this place Tbilisi. tbili means "warm” in Georgian and according to his will the capital of Georgia changed from Mtskheta to Tbilisi. There is even a sculpture marking the poor Falcon boiled and mummified in Sulphur spring.

3. Narikala fortress : It is almost omnipresent from any part of the city. Worth the climb and definitely worth the views of the city from up top. You should be reasonably fit to trek up to the Mother of Georgia statue - but you could also take a cable car if you chicken out from a relatively moderate trail.

One other thing if you are a wine lover - Khareba's wine cellar at Kvareli : Driving to one of the longest underground cellar is a reasonably boring one. However, once you are in the underground cellar (keep adequate warm cloths since it could be very cold even in summer), you forget all about it as you get to taste some nice wine apart from learning Georgian way of making wine. You could also buy the home wines. 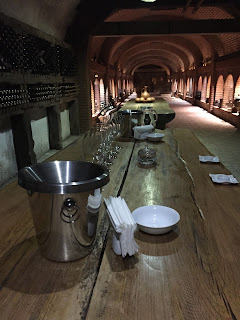 I might not revisit Georgia or Tblisi since its really not my kind of vacation but nevertheless worth a visit - helps you get to snow fast, still has a bunch of lovely cathedrals and fort ruins and nature.

Posted by Suhas Anand at 8:32 AM No comments: