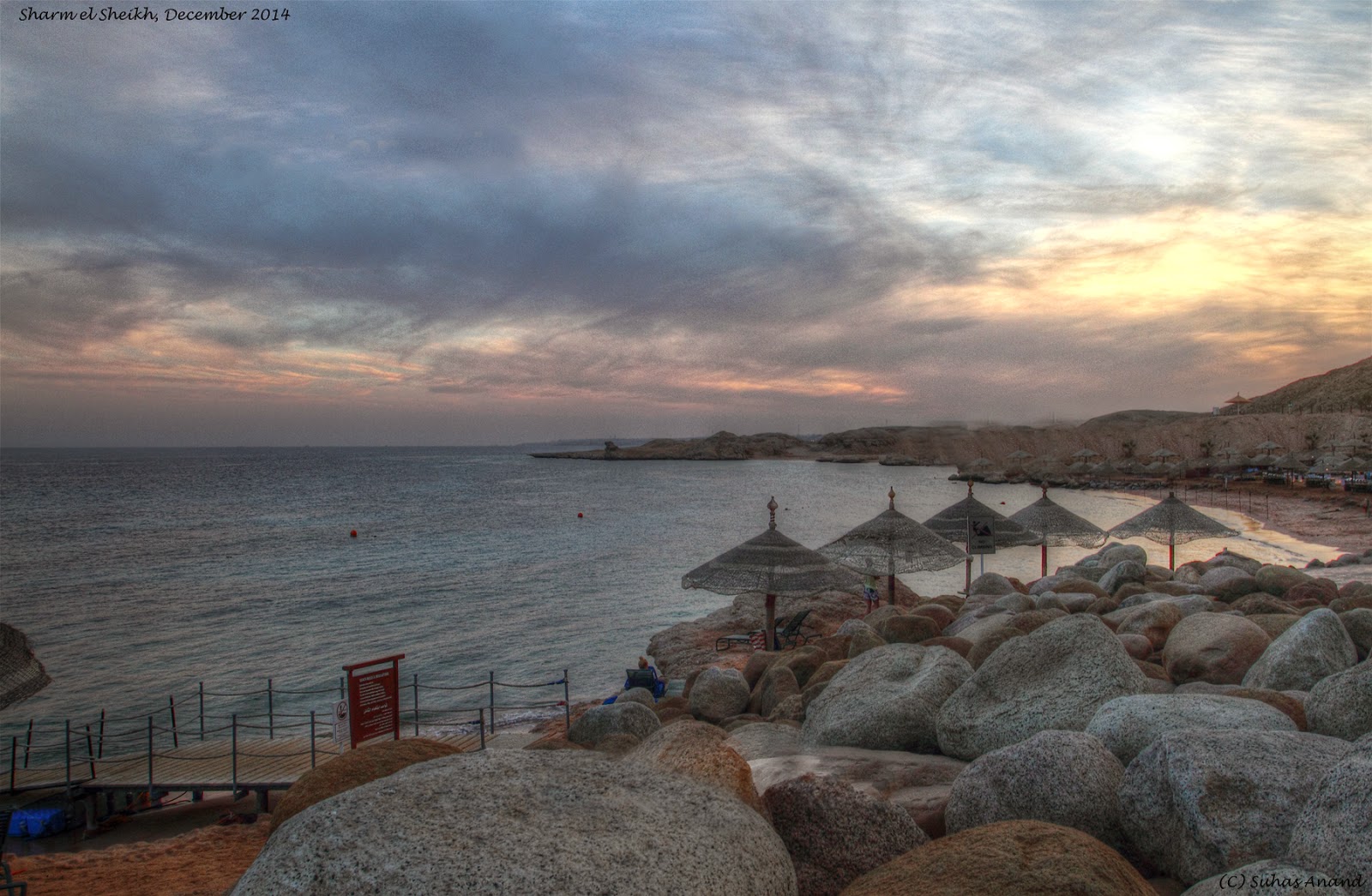 Had a chance to enjoy some blissful days in the diving capital of North Africa, namely Sharm-el-sheikh. Though I typically do not love the fancy hotels, the Hyatt Regency there was an amazingly attractive property. Was a tastefully done property with amazing view of the Red Sea. 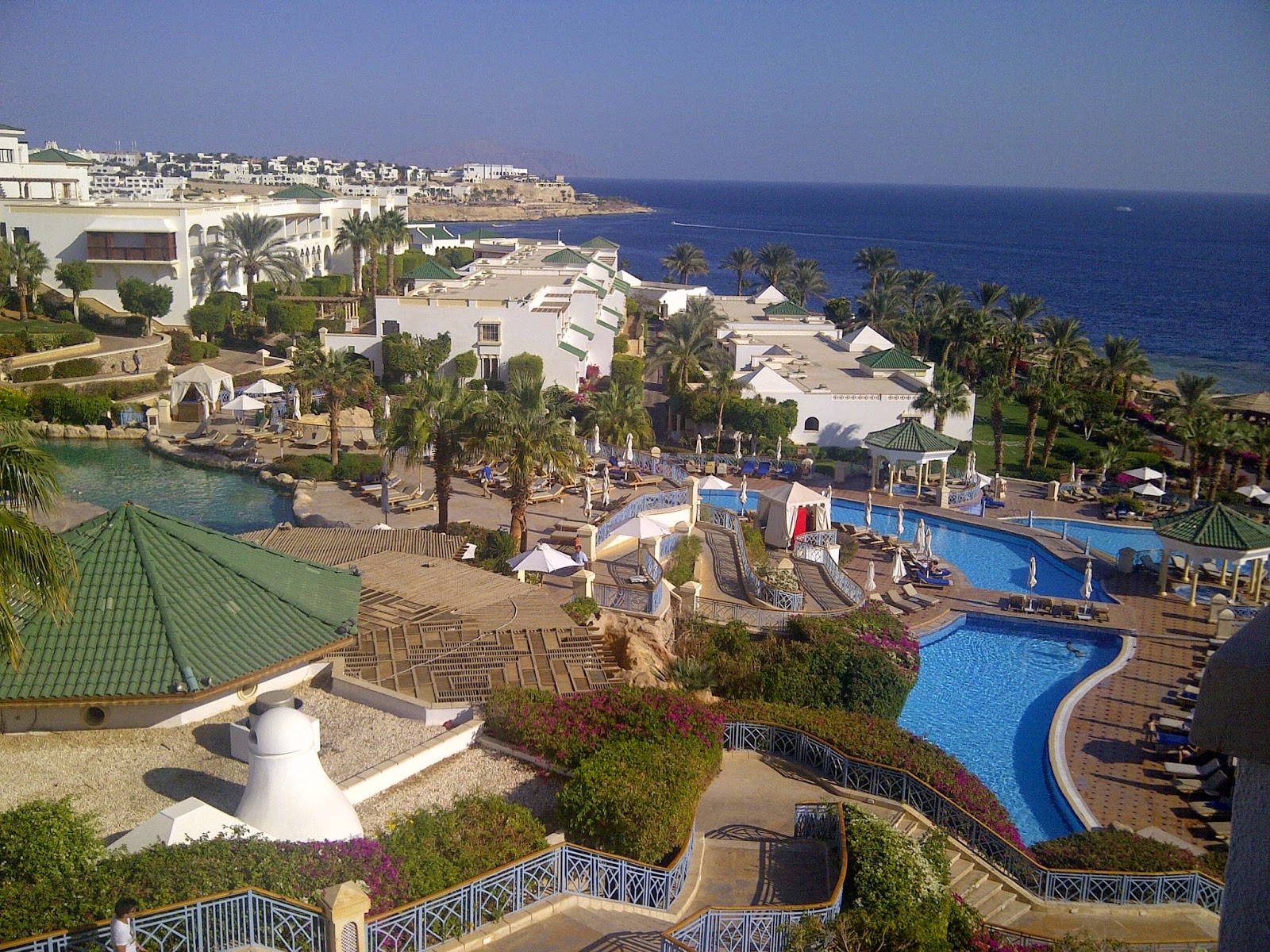 Sharm itself is a semi-Russian party place (Signboards in Arabic and Russian !) situated in the southern tip of the Sinai peninsula (Recently infamous for some of the worst terrorist attacks in history of Sinai). Given the number of international peace conferences that have been held in Sharm, it is also called the City of Peace, a bit ironic given what is happening in the larger Sinai region these days.
In line with the broader security concerns, we did have a large number of security personnel with us - for the trek up the Sinai, we had more security personnel than tourists which was a bit funny ! Multiple security outposts were put up along with people with some serious artillery. (Which made it a very interesting experience for some of us and not so pleasant for others) 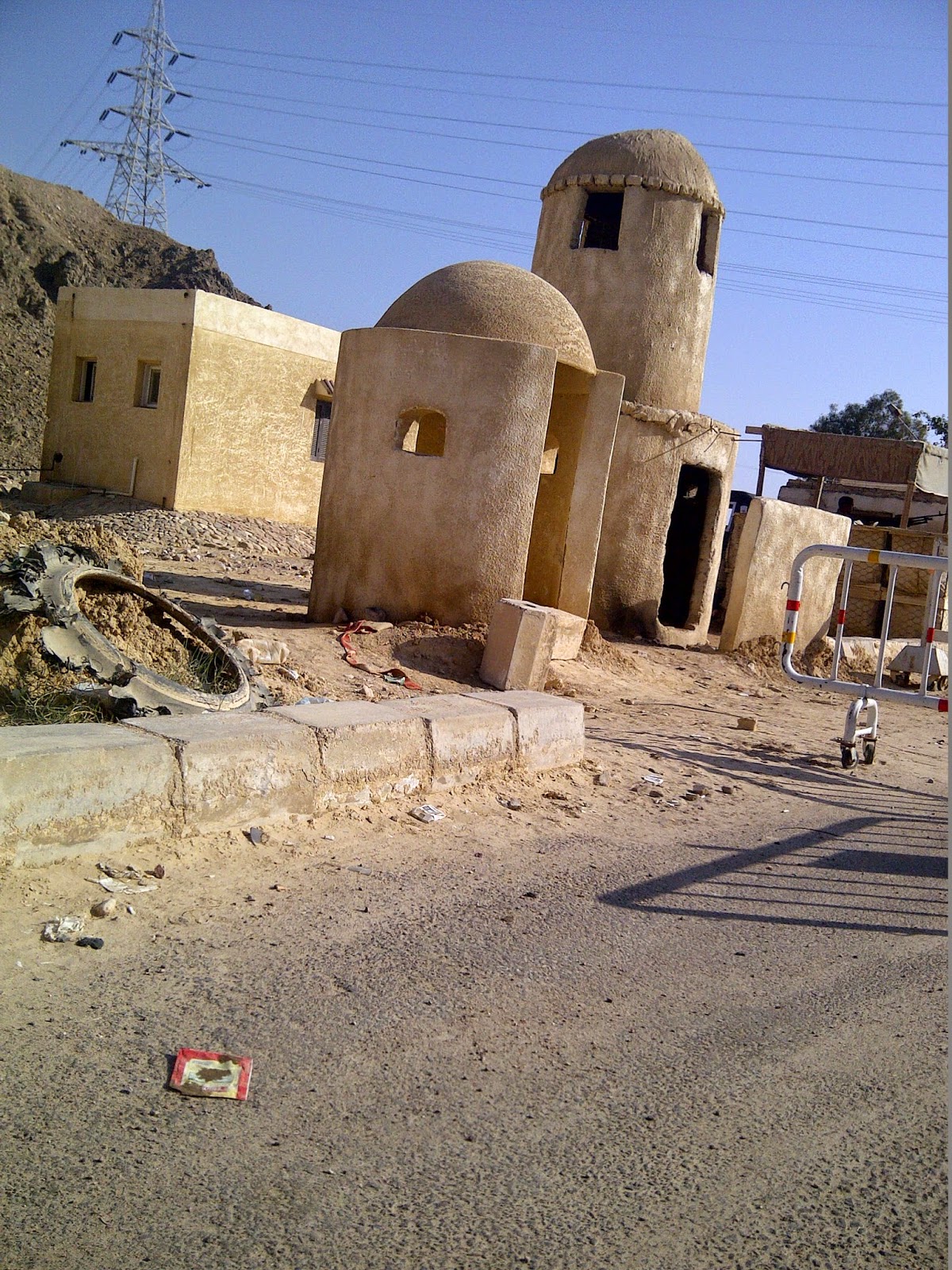 People seemed to be moving about in the Arid sinai land - their wonderfully colorful belongings providing a contrast to the colorless and rather lifeless barren earth. 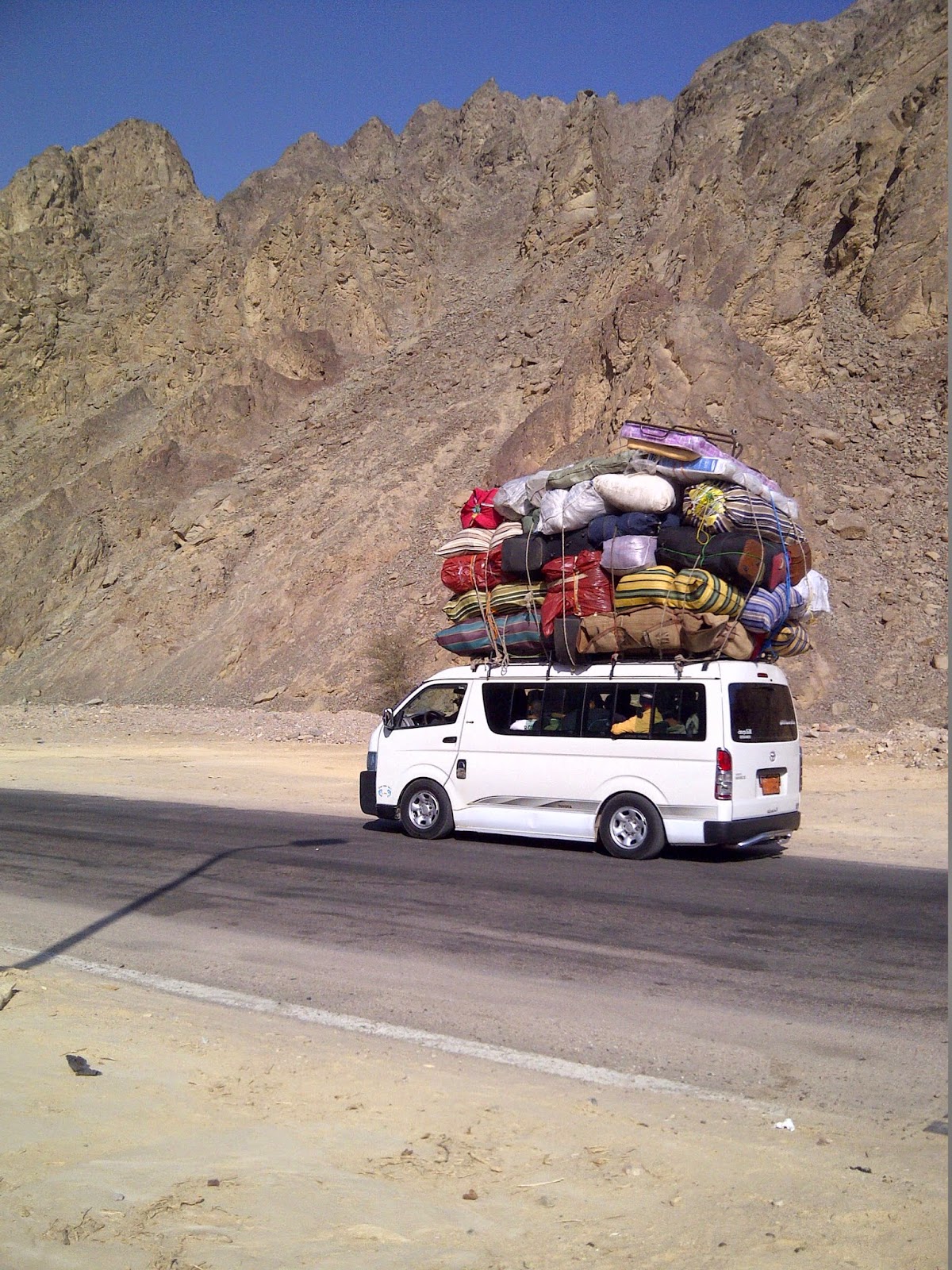 For me, one of the key objective was to shoot at the famous colored canyons. (Apparently formed by flowing water in the bygone era, cutting through mineral rich rocks and mountains). We took a long and sometimes tiring / boring drive of 4 hours through the middle of nowhere to reach the point from where the trek down begins - yes its trekking down into the depths of the mountains to find the erstwhile riverine paths. 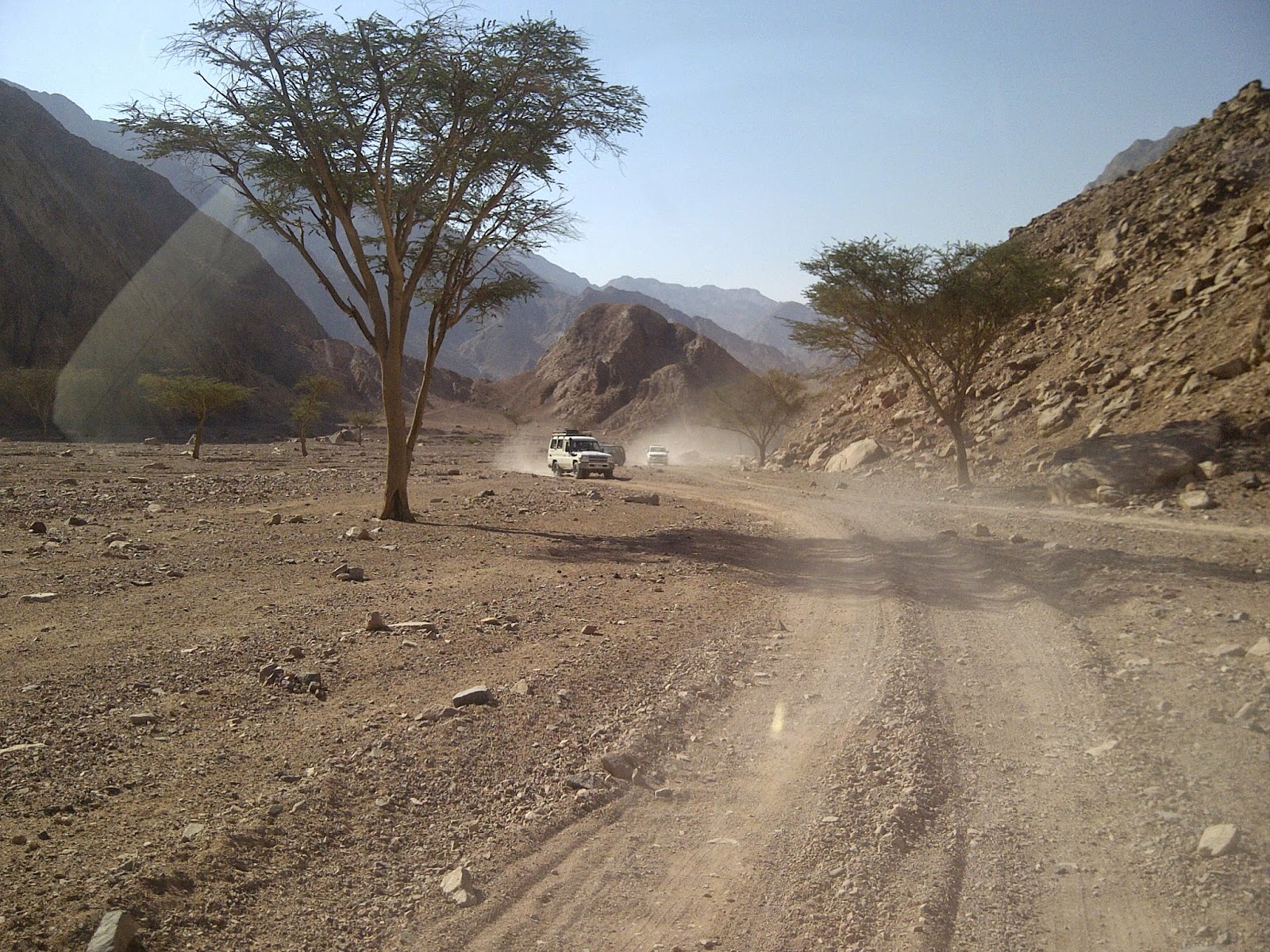 Once down it was indeed a fascinating display of patterns, contrasts and colors that can help a photographer spend many hours if not days down in the depths of earth. 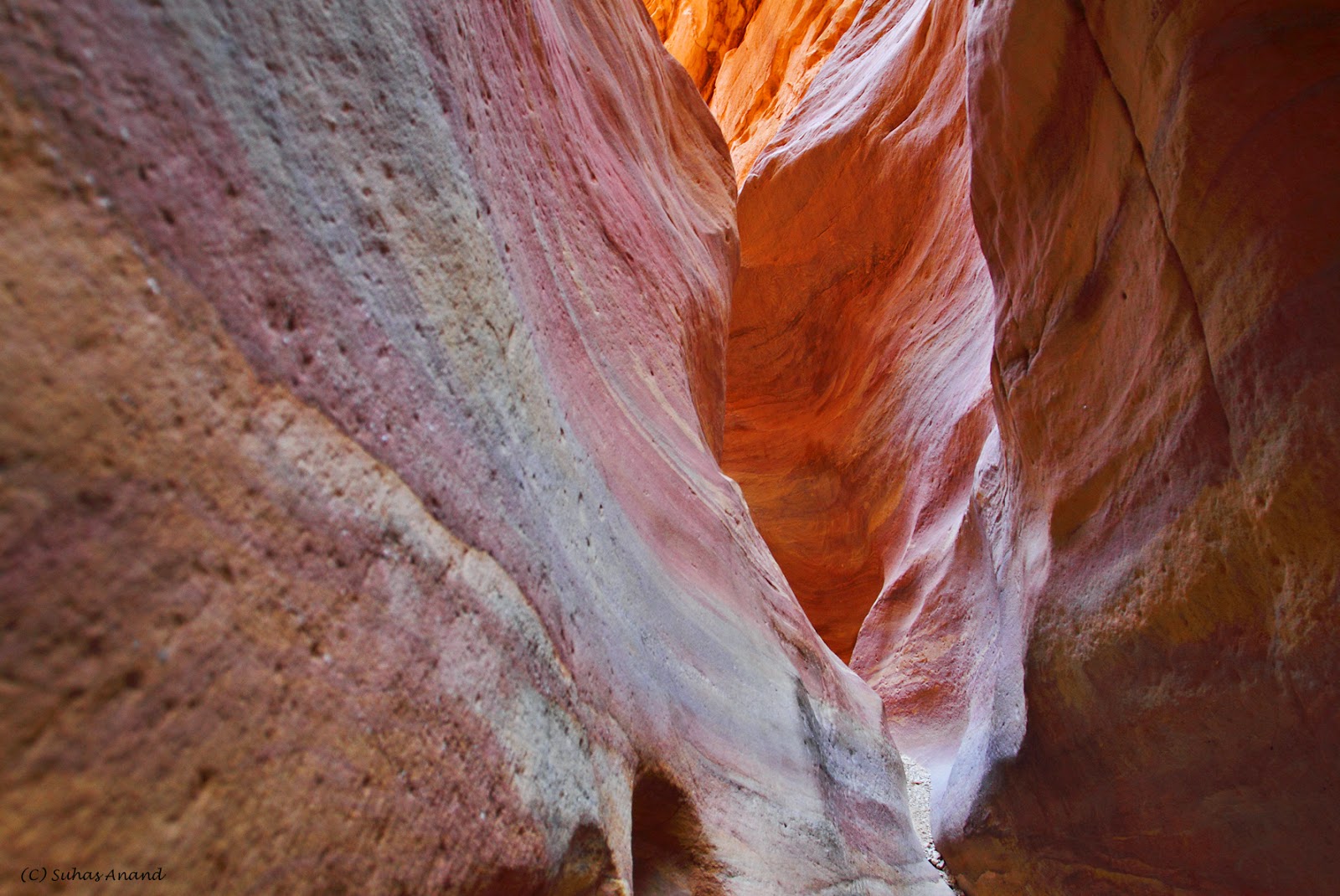 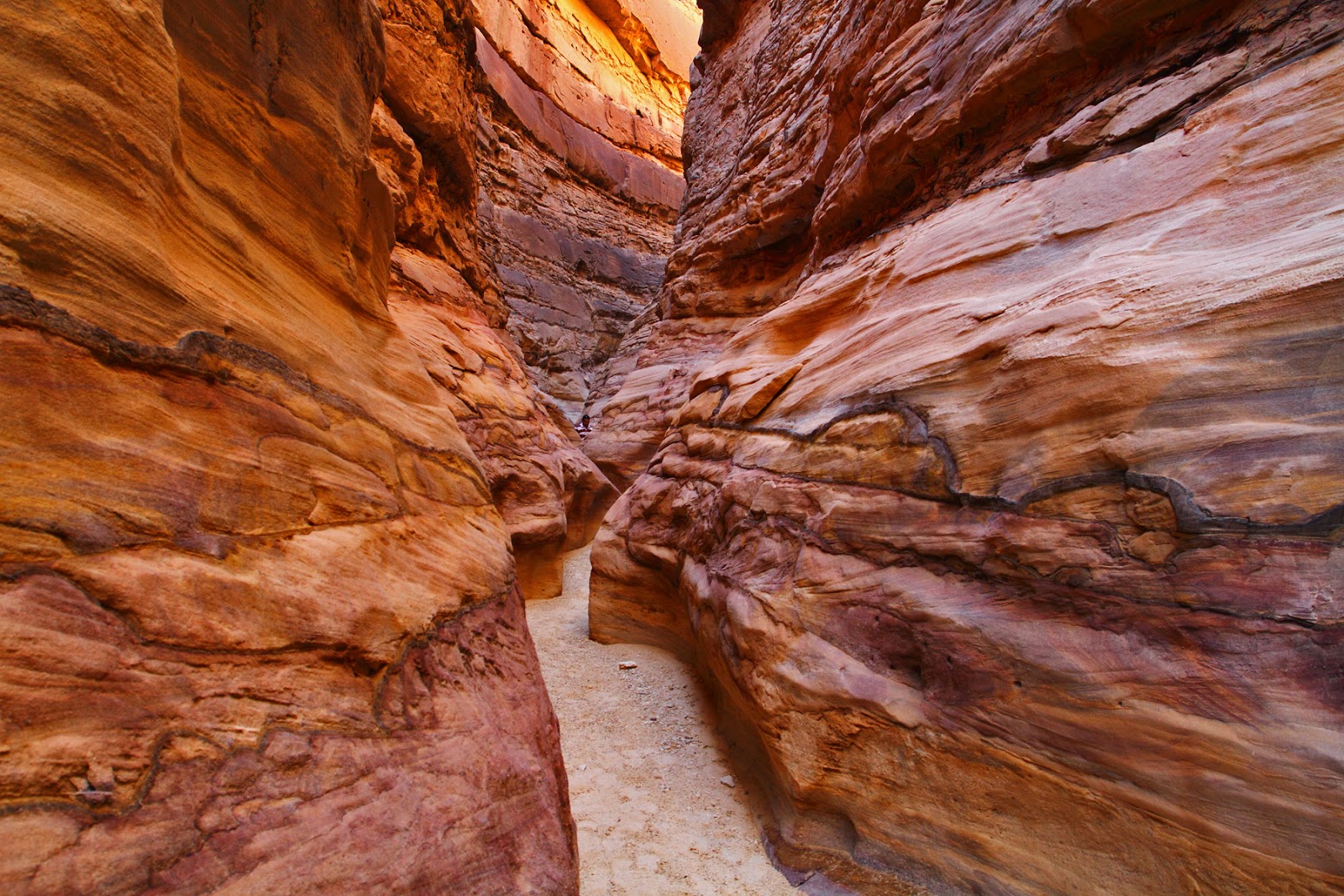 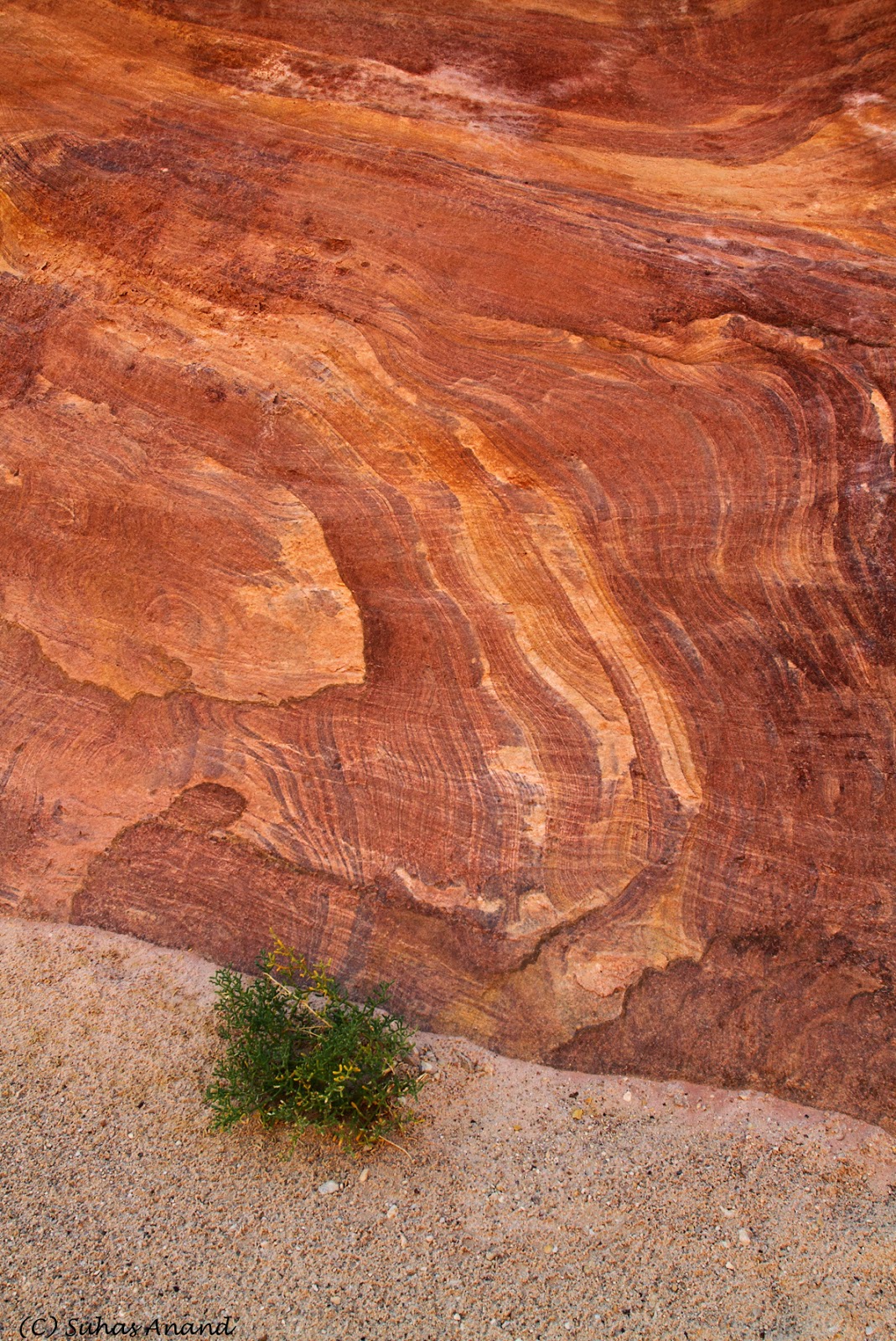 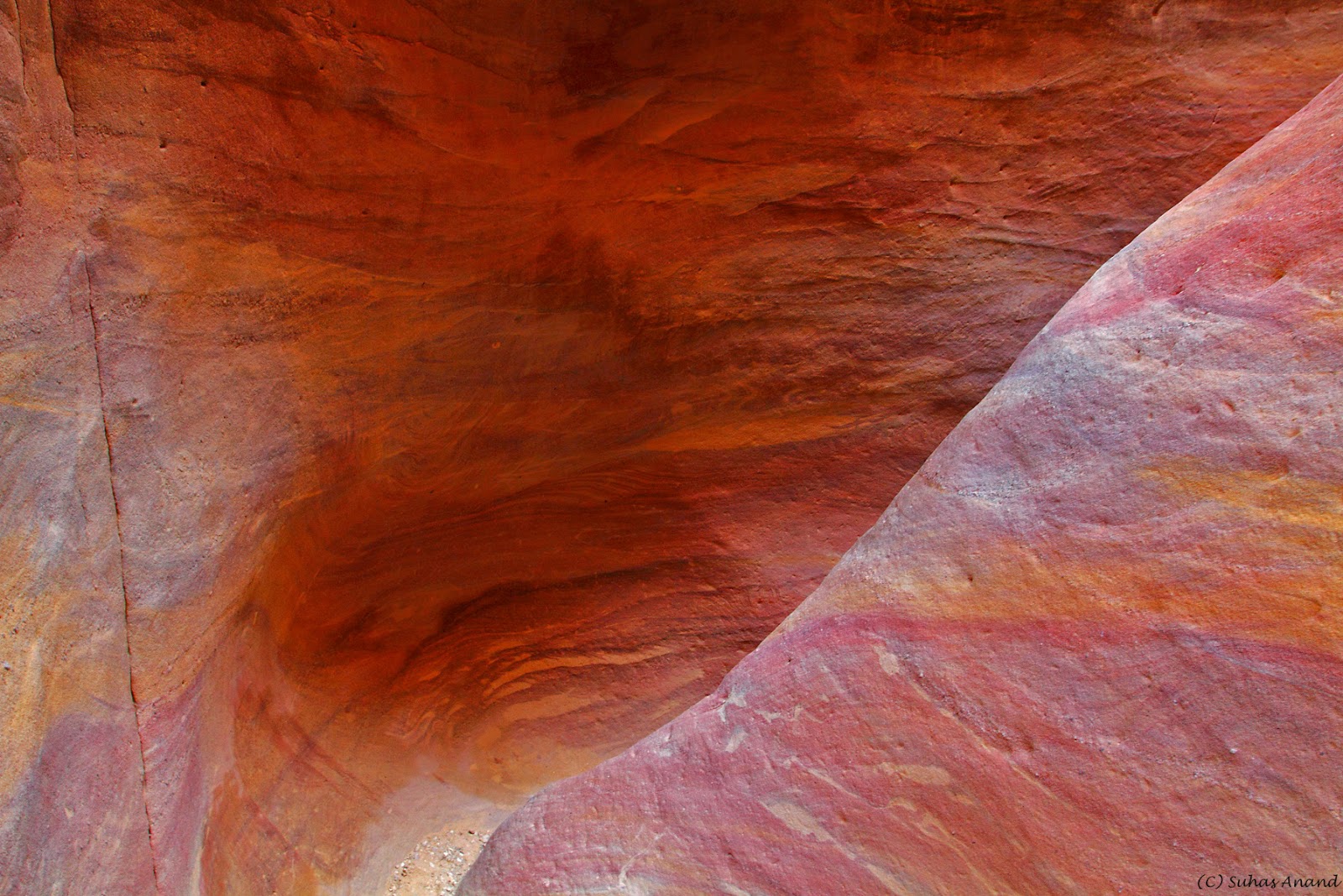 Posted by Suhas Anand at 4:02 AM No comments: